Understand mobile banking before using it 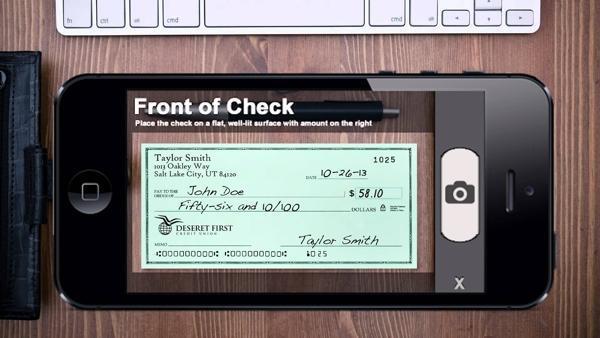 Mobile check deposits are becoming increasingly common, but a few safeguards are needed to keep the practice safe. An Albuquerque woman found this out in an unsettling way.

She had written a personal check to a friend, who deposited it through her banking app. When you launch the app on your mobile device, it takes a photo of the check and credits the amount to your account.

However, what the friend did next was the problem. After making the deposit in this way, she placed the check in her wallet, which ended up getting stolen.

Bottom line: The thief had the name and account information of the woman who wrote the check, and she became vulnerable to having her account hacked.

The proper way to deal with this kind of transaction is to write a big “void” across the check and store it in a safe place until the bank verifies the deposit has been made, says Thomas Hay, director of consumer product management for BOK Financial Corp. BOK is the parent company of Bank of Albuquerque.

Next step: destroy the check, he says, “so you eliminate any risk of it being accessed.”

It’s important that people understand how to safely use mobile banking because about one in four deposits are made in this way, Hay says.

And the trend is increasing, with a growth rate of 7 to 9 percent a year in terms of total deposits.

Hay says consumers can best protect their accounts by enrolling for both bank alerts and e-statements.

“An alert gives timely notification to a mobile device or (computer) when a transcation looks suspicious,” Hay says.

E-statements provide a secure way to monitor accounts and make sure all is well, he says.

And when using mobile banking apps, consumers should make sure the apps are automatically updating or they should do it manually. That’s because updates often contain fixes as security problems are uncovered, Hay says.

Meanwhile, the banking industry is seeing an 8 or 9 percent decline per year in the use of hard-copy checks as new technologies for mobile banking are developed.

For example, some of the nation’s largest banks are replacing passwords with biometrics such as voice and retina scans to offer convenient and more secure account access.

Scammers pretend to be everyone from Nigerian princes to local cops, and now they’re play-acting as the state’s attorney general.

Business owners in particular have been getting fake emails saying the Attorney General’s Office has received a complaint against their operation. The email includes a link that purportedly shows a copy of the complaint and gives the business owner 10 days to respond, according to Attorney General Hector Balderas.

The office does not send out these kinds of emails, Balderas said in a news release.

“Never click on unsolicited links and always call to check with the agency to ensure you are receiving a proper communication,” the office said. “Government and law enforcement agencies do not send emails of this nature but rather will send you a letter in the mail if you need to respond to the agency regarding a matter.”

Those who receive one of the bogus emails are asked to notify the AG’s office by calling 1-866-627-3249 or by filling out a consumer complaint.