The Currency Supply Chain: Going the Way of the Dinosaur? 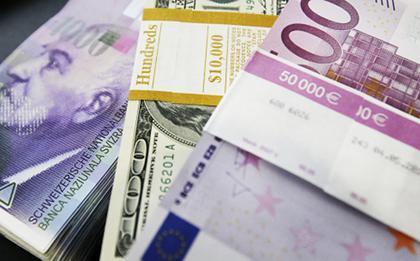 Despite what movies like Godzilla and Jurassic Park would have us believe, dinosaurs are dead. Once they dominated the Earth; now they're gone - never to live again. With the continued advance of technology and the rise of digital payments, many people predict a similar fate for physical money. Well... not so fast!

On the one hand, countries like New Zealand seem well on the way to proving those predictions true. As Albert Naffach of MasterCard New Zealand remarked not so long ago:

"The way Kiwis are paying is changing as consumers move away from having cash in their wallets, increasingly towards using debit and credit cards for over-the-counter purchases. The days of carrying cash may be numbered and it's clear that New Zealand appears to be moving steadily towards becoming the oft-predicted cashless society."

On the other hand, many disagree that cash is in any danger of becoming extinct. For example, Grant Dunnington, CEO of cash-in-transit specialst SBV of Sout Africa is one of them. He reminds us that:

"People have been talking about a cashless society for many years, but ... cash remains favoured for high-frequency, low-value transactions."

There is one clue... low-value, but frequent transactions. Cash is still the best way to transact at that level - for now. SBV board member Jason Taylor agrees and points out that "despite all efforts to move payments away from physical cash", cash supplies and their use continue to grow. Even Mr. Naffah in New Zealand, when it comes right down to it, doesn't expect cash to disappear completely in his country - just that its use will become rather rare.

Still, a cashless society - a place where physical money has ceased to exist and payments are made with cards and mobile devices instead - is an intriguing thought. It's a hopeful thought to those who envision crime rates dropping with such a change, and a frightening one to others as visions of identity theft and a lack of privacy dance through their heads.

So whose vision is right? Well, that remains to be seen. Until then things will continue along business as usual. Money will continue to be minted, printed and exchanged. Unlike dinisaurs, we'll continue to see money in more than just the movies.