Forgery Is Still a Problem - New Bank-Note Technology Can Combat 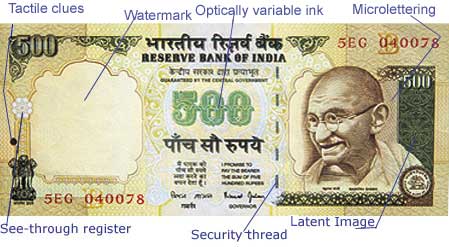 With all the dollar counterfeiting going on, it's no wonder that the Secret Service is starting to up their methods of forgery prevention. Introduction of new notes, with re-designed security features, has been their primary defense. As new technologies are developed, these methods are becoming increasingly more sophisticated.

Sometimes counterfeit bills are easy to spot, like a group of Michigan criminals, who relied more on their getaway tactics to succeed in their crimes rather than the quality of their fake bills. However, most noteworthy counterfeit scams involve bills that are hard to distinguish from real bills.

CNN states that "when combined with complex measures like watermarks, moving color elements and the latest in polymer and paper technology, a detailed image [on a bank note] can make forgery more difficult." One country that is following this trend is Norway where the central bank is creating an artistic masterpiece on their notes. Canada is also following this trend – they've incorporated "holographic and transparent features [on their notes which] accompany state-of-the-art calligraphy that officials claim is nearly impossible to duplicate."

According to recent news from the UK, a new method of producing currency might prove to lower the costs of production as well as help combat the problem of money fakery. The inventor claims that his method of currency production will produce charcoal as a byproduct and that the charcoal can be re-used such that "more money [is generated than] it took to create...." Thus, even if the costs of creating forgery-proof bills skyrockets – there are new ways of producing bills which may lower those costs. We'll see...

India faces a major challenge in combating forgery. In fact they have resorted to the acronym FICN - Fake Indian Currency Notes - to refer to this pervasive problem. The fake notes in the latest Gandhi series are so perfect that it has made them hard to distinguish from the real thing.

The ebb and flow of securing a nation's currency and the efforts to thwart it seem like a never-ending cycle. As long as there is cash and crooks there will be efforts to produce counterfeit currency. The battle wages on.