Over $9 Million Is Stolen Each Year From Banks and Armored Cars! 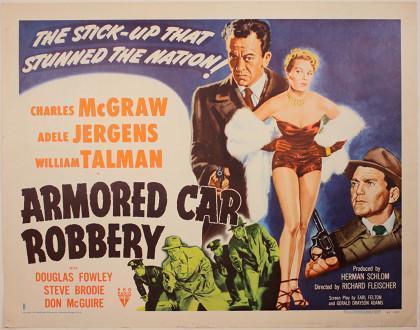 In November 2013, the Prosperity Bank in El Campo, Texas was robbed. According to the local El Campo Leader-News, three suspects, had been placed on trial – and they have pleaded guilty. Score one for law enforcement. In other news, an armored car, carrying $4 million, was hijacked by robbers. The robbers apprently took the vehicle to a metalworking plant and cut it open to get to the money. This time they got away. Sound more familiar?

As if these incidents aren't shocking enough – let's go back to 2013 where still another armored car was reported robbed, this time at gunpoint (and also in Texas.) Tragically, in this incident the robber shot the guard, (who was filling an ATM), eight times. He survived. More recently, that same armored car company was robbed, yet again – in March 2014. The guard was also filling an ATM, and again, a robber approached him and a gun battle ensued. Reports of robberies are not hard to find if you look for them... yet we often don't find these reports front and center in the news. For those in the business of moving and managing cash they should be!

Although bank robberies and armored car robberies are not prominently covered by every news organization – and most people think they only occur within the confines of their local movie theater screen – for years these incidents have been an important focus of security conscious operators. The "robbery report" has been a staple at annual Armored Car Operators conventions for a long time.

According to the Arizona Reporter, "$9,348,956.44 is the estimated total of loot robbed from 1,189 banks... in 2010 throughout the United States. [Only] a total of $1,396,106.43 was reported as being recovered." Don't you just love how these experts can estimate things down to the penny. Suffice to say $9 million is a big number. And many of the robberies come at the riskiest time in the cash cycle... when the cash is in transit.

Banks, vault operators and armored car companies should take this to heart - risk management is robbery prevention. One simple and economical way to lower the risk of encountering a robber and successfully fending him off without any casualties or loss is to utilize the power of computers and software. Yes technology can help keep valuables and staff safer! By streamlining your routes and procedures – as well as managing customer orders online or via smartphones - you can add a layer of sophistication that can help avoid disaster. The right tool can allow you to track in real-time your vehicles and packages, so all of your staff knows exactly what's going on at all times. With tracking software communicating with field staff you can receive real-time updates to coordinate a quick response should anything out of the ordinary happen.

Another benefit that the electronic age has created is routing software that gives you the flexibility of randomlzing day-to-day activities -- where and when your trucks roll. By mixing things up you can make it even more difficult for the bad guys to recognize established patterns and repetitive actions to exploit. And finaly we must emphasize the human factor  - training your staff to remain situationally aware at all times can help defend against the unexpected.

The days of sending the same truck and driver to the same location at the same time every Tuesday are surely numbered.