The future is mobile money management, not mobile banking 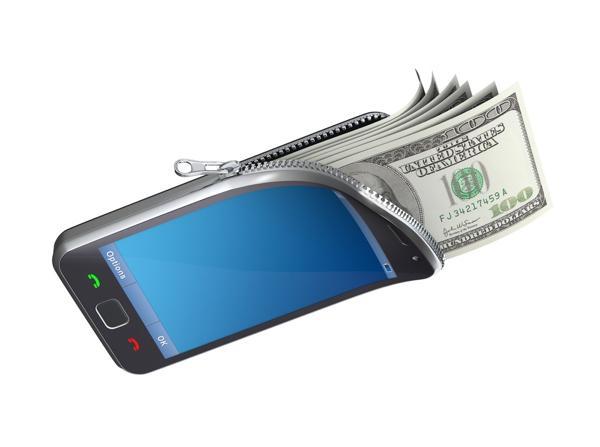 Traditionally, big banks have seen investment in digital channels as an opportunity to improve their cost base, encouraging a shift from high cost channels such as branch and telephony, into online and then mobile.

This has meant margin comes first, and the customer experience a distant second. However, the retail banking category is on the tipping point of change. The number of UK mobile banking users is predicted to double by 2020 (from 17.8m to 32.6m). That’s 15m more customers using this channel over the next 5 years, and presents a significant opportunity for both new and existing brands in the banking category.

New entrants are investing in building a truly mobile-first customer experience. These disruptors are starting from scratch, building flexible and future proof systems on low cost bases. It’s from the emergence of these new entrants that the customer stands to gain the most. Where Metro in 2010 was the first new banking licence in 100 years, since the loosening of regulatory criteria in 2013 sixteen licences have been awarded. And there is talk of more than twenty in talks with the Prudential Regulation Authority start-up unit.

This increased competition is not yet resulting in customer switching behaviour, but things are slowly heading in the right direction. According to the most recent data from BACS, 567,677 current account switches took place during the first half of 2016, representing a 4 per cent increase year on year. That said, in independent research undertaken late 2015, more than 80 per cent of UK adults said they saw little to no difference between the existing banks. This lack of perceptible differentiation is the biggest barrier to switching.

So how do new entrants overturn perceptions that all banks are the same ?Re-imagining banking means not just making incremental improvements, but designing for a modern context, starting with the most fundamental of customer needs, ‘where does my salary go?’.

Augmenting the uptake in smartphone usage, there have been three significant changes experienced by the UK market, including the introduction of contactless payments, the immediacy of smart phone access, and the advent of APIs. First, contactless has already resulted in shifts in both behaviour and the need for a different approach to information design. As the volume of transactions goes up but the transaction value down, our statements are becoming more and more cluttered - a trend that is set to continue. According to the UK Cards Association, as of June 2016 there were a total of 92.1m contactless cards in issue in the UK, and more than £1,880m was spent in the UK in that month alone using a contactless card. Whilst the average transaction value is set to rise marginally since the permissible limit increased from £20 to £30, reported data still has the average at £8.60.

There is an opportunity to re-think how consumers access information via their banking apps. If transaction data continues to be presented as is, we’ll all soon be suffering from repetitive strain injury from scrolling through pages and pages of data. Instead, designers should be focusing on how to turn all of that data into bite size chunks - demonstrating trends in spending, offering up insights to empower customers to take action and make better decisions. This is where the real potential lies.

Secondly, mobiles have placed this data in customers’ pockets - and their wrists - and with the features and experiential potential of these devices changing at an exponential rate, how we access and engage with it is also changing. The distance between customers and their data is approaching zero. Historically, to get access to your bank account you needed to go to your branch during business hours. With the advent of telephone and internet banking this was reduced to where your landline or desktop PC was located.

The immediacy of access to information is now considered critical to users. Customers want to know immediately when a large payment has been made, not when they have the time to proactively login or call, or worse, waiting until the end of the month when their statement arrives. They want to know how they are spending their money, at what rate, and what sort of financial shape they might be in at the end of the month. Mindfulness of everyday spend can give a level of control and decision-making that goes beyond just checking their account balance in real-time.

As we saw demonstrated in the recent Apple launch of iOS 10 and the next generation iPhones, hardware and software developments will continue to create opportunity for experience re-design. Having opened up Siri to third parties to enable the user to make voice commands to non-Apple applications, soon with a simple voice command you will not just be able to get a balance, make a payment or see your last transactions, but plan for the future, setting yourself short-term and long term goals.

These latest developments add to a long line of innovation driving the step-change in financial services, customers have seen in other categories. Biometric capability, from taking a selfie paired with your passport image, to your fingerprint and even one day your heartbeat, maximise device potential in identity verification and do away with having to remember complex passwords or where you last stashed your encrypted key fob.

The third, and final development allowing new entrants to re-imagine how consumers manage their money via mobile, is the advent of APIs. APIs provide critical connective tissue and important functionality that is transforming the dynamics of how software is created and brought to market. Their use in other categories demonstrates the power of even the simplest applications, such as bringing two or more existing data streams together to create a whole new service - Transport for London meets National Rail meet GoogleMaps, to make Citymapper; or Google Maps meets Braintree, resulting in Uber. In the retail banking space, rather than seeing fintech startups as competitors, some new entrants are taking an API-based approached, enabling them to offer customers a broad set of complimentary features and services, all accessed from a single account interface. The full potential of opening up this ecosystem is only just starting to be explored and the untapped potential is limitless in terms of the consumer benefit. This is not just banking on your mobile.

New entrants, in possessing the freedom of starting with a blank slate, but also of the potential presented by changes in infrastructure, mobile device evolution and open data, have the opportunity to go further than just replicating a full set of retail banking products, and focus on delivering an exceptional, mobile experience.

Delivering more than simple improvements on basic banking functions, but thinking of all the ways in which, in a modern context, a customer can better manage their money.