Everything you need to know about the Ethereum “hard fork” 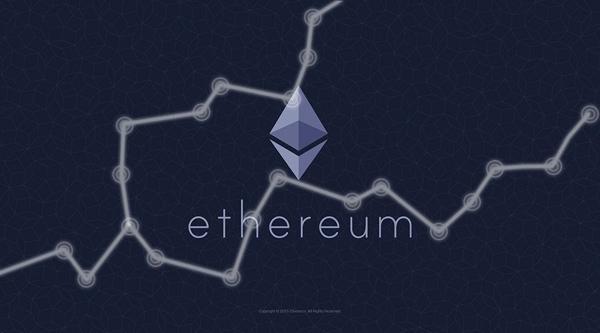 Ethereum burst onto the virtual currency scene almost a year ago. It’s similar to bitcoin, but with a key difference. In addition to supporting its own digital currency, ether, it also supports smart contracts, agreements written in computer code that execute automatically when conditions are met.

Though it garnered significant attention from the start, Ethereum’s biggest moment came in April 2016, with a radical experiment called the Distributed Autonomous Organization, or the DAO. Created by German blockchain startup Slock.it, the DAO had an ambitious goal—to build a humanless venture capital firm that would allow the investors to make all the decisions through smart contracts. There would be no leaders, no authorities. Only rules coded by humans, and executed by computer protocols.

Launched on April 30th, it took off like a runaway train. By May 21, it had raised $150 million from roughly 11,000 investors, in what’s considered the biggest crowdfunding effort in history.

For Ethereum, the backbone of the project, it was a major vote of confidence in its nascent technology.

Then it got hacked.

On June 17th, someone started siphoning money out of the DAO. People were watching in real time as the money was stolen—like a live video feed of a bank robbery. By the end, the hacker, who has said that he was simply taking advantage of a technical loophole in the DAO, had amassed $50 million in ether, based on current exchange rates.
While the core developers who designed and run Ethereum didn’t really have anything to do with the DAO, they were left to deal with the mess. The seven of them, led by Vitalik Buterin, decided to hack the hacker.

They managed to stop the theft and move the funds into another smart contract where they currently sit. But that’s only a temporary stopgap: the way the code of DAO was written, there is a question of whether the original hacker can still lay claim to the funds. Fixing this would require more intervention from the core developers.

Whether to do so has created an existential question for Ethereum. One of its underlying tenets is that it’s a decentralized platform, meaning the power lies almost exclusively with all of its users. By stepping in to fix this problem, it would completely undermine that objective. This has led to a heated debate between those who want to return the funds and the “code is king” purists who say that the the power of smart contracts lies in their immutability.

The intervention that’s being weighed is called a “fork.” It’s a decentralized network’s version of a reset button. It would entail rolling back the entire Ethereum network to a previous day. Doing so would basically eliminate the DAO, and move all the money into a smart contract that can only reimburse investors.

The initial proposal was a soft fork. This would entail a majority of the Ethereum miners (those who verify transactions on the network) voting on the roll back. Unfortunately, a security flaw was found in the voting process, which eliminated this option.

“The Hard Fork is a delicate topic and the way we see it, no decision is the right one. As this is not a decision that can be made by the foundation or any other single entity, we again turn towards the community to assess its wishes in order to provide the most appropriate protocol change,” Ethereum cofounder Jeffrey Wilcox wrote in a blog post Friday (July 15).

But, after all this turmoil, several questions remain:

What happens to the banks working on smart contracts?

Ethereum’s greatest promise lies in its ability to offer smart contracts, which are basically small programs, built on its blockchain. Financial institutions believe smart contracts offer a way to cut costs and speed up trading and settlement. Big banks like Citi and J.P. Morgan, along with clearinghouses like the Depository Trust & Clearing Corporation, have been building and testing ways to trade credit default swaps with smart contracts, for instance.

Analysts think smart contracts, if developed sufficiently, could eventually replace lawyers and judges in some cases. “Doing so in principle removes the potential for parties to have a dispute: both parties are held to whatever outcome the smart contract determines,” writes Houman Shadab, a professor at the New York Law School who specializes in the area.

An Ethereum hard fork, however, could be a spanner in the works. If contracts held to be inviolable can effectively be overturned by a collective decision to run new software, what guarantee do financial institutions have that their transactions and funds are secure? “I think this exposes one of the problems [facing financial institutions],” says Simon Taylor, a co-founder of financial technology consultancy 11FS, based in London.

Taylor, who headed blockchain projects at Barclays until last month, says incidents like the DAO hack and the hard fork only underscore the need for banks and other regulated institutions to build their own private blockchains. Banks can reduce the threat of a community decision being implemented without their support. “If you want results now, the answer must be to build a [virtual private network] for asset transfer,” Taylor says. “This is undoubtedly the right choice for financial institutions.”

Another bank insider thinks financial institutions will simply take a hard fork in stride. The technology is so new that banks are still in a research and development phase, so they have ample time to price in assumptions around any potential future forks, says Huy Nguyen Trieu, a well-known fintech analyst and until recently a managing director at Citi in London. “Whether you have a hard fork or soft fork, the cat is already out of the bag,” he says. “So it doesn’t change anything. Even if there was [a hard fork], whenever [banks] think of a smart contract, they will take it into account.”

What about the moral hazard of a “bailout”?

One of Ethereum’s core principles is that it offers a way for developers to write decentralized applications that external parties can’t alter. These applications will exist “without any possibility of downtime, censorship, fraud or third-party interference,” says Ethereum’s official documentation.

What would be the point of this? One example might be a smart contract that disbursed funds to activists in an oppressive regime. It can’t simply be shut down by a cease-and-desist order delivered to an office, or even by sending in troops to cart away servers. That’s because that particular pool of funds exists as an application on the Ethereum blockchain, which is dispersed around the world on whatever servers run its code.

This property of Ethereum is known as censorship resistance. But if a hard fork is implemented to reverse a smart contract gone wrong, doesn’t this violate the principle of censorship resistance? “If you take the direction of restoring value to people who lost value, you break the idea of smart contracts,” says Vinay Gupta, a London-based strategist at Consensys, one of the most well known development firms working on Ethereum. “Maybe we can justify this as a one-off, and it won’t happen again. But maybe it opens the door to a never-ending string of complaints from people who lost 25 cents and want it back.”

The decision to hard-fork the protocol in order to return the hacked funds is a sort of moral hazard for the cryptocurrency world. Just as central bankers were confronted with having to bail out failing banks in 2008, the miners, exchanges, and companies in the Ethereum economy now must face the prospect of a systemic intervention to right a wrong. The irony isn’t lost on Gupta. “It turns out we have a lot in common with central banks,” he says. “Maybe not at the technical or legal level, but at a political level, people in our community expect us to be able to make things better for them.”

Even a true believer in Ethereum like Gupta is aware that a hard fork could be a serious violation of the principles that underlie the protocol. He stops short of saying a hard fork is a bad idea, but notes that “there are convincing arguments” on both sides. The decision to fork, or not, is a bit like voting for Brexit, he says. ” There’s no way in the UK right now that you can make any kind of comfortable prediction of our economy, because it’s changed, but we don’t know what the new rules will be,” he says. “It’s that sort of prolonged uncertainty.”

And, like Brexit, the Ethereum economy will be gambling with its future if it collectively agrees to pursue a fork. “We just have to roll the dice and see what happens,” Gupta says.

What happens to the price of Ether?

Ether’s price has tumbled from a high of about $15 as the DAO gained momentum to a current price of about $10. That’s instructive, because despite the uncertainty surrounding a potentially major change to the Ethereum codebase, the price has remained relatively stable.

While a decline of 33% might seem like a steep drop, it’s important to remember that this is roughly what ether was trading at in the months before the DAO launched. The DAO triggered a sharp spike in the price of ether as people bought the currency to participate in the experiment. So a drop back to the $10 level, even with a fork looming, is a vote of confidence from the market. At the start of the year, ether was trading at under a dollar.

That suggests the ether market has priced in the hard fork decision. Joe Lee, a co-founder of bitcoin derivatives platform Magnr in London, expects a successful hard fork decision to therefore boost the price of ether. “I see this as validation that the community can build a very powerful system like Ethereum in the right way,” he says.

Lee has a price target of $15 for ether before the year is up, returning it to its pre-DAO hack heights.

Despite the drama over the previous weeks around the DAO hack, counter-hack, and forking proposals, the outlook for Ethereum is, implausibly, bright. Observers point to the way Ethereum developers have rapidly developed alternatives to solve the flood of technical and ethical problems revealed by the hack.

Emin Gün Sirer, the Cornell professor who has perhaps contributed the most research in the aftermath of the DAO hack, contrasts the way the Ethereum world has adapted to his discoveries of technical flaws with the DAO and its subsequent fixes. “The Ethereum community has been amazingly science-driven, open and forthright. The civilness of their response should be a shining example to other communities,” he wrote.