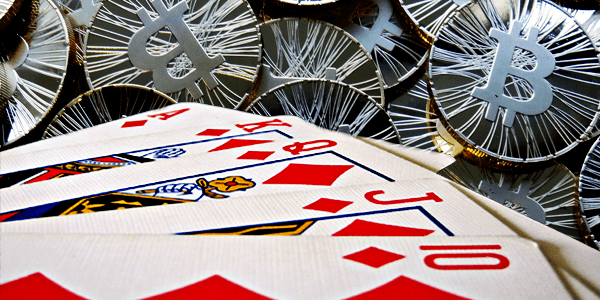 Bitcoin is one of the world’s most popular crypto-currencies, and there is still a lot of interest and optimism in developing the virtual currency further despite the number of challenges it has faced recently.

One of the areas in which Bitcoin is widely used is in online gaming and gambling. There are various reasons why the crypto-currency is a popular choice among online communities and in this post, we will take a look at the three most important.

See below for the top 3 Reasons Why Bitcoin is Popular with Online Gaming and Gambling Communities:

1. Seamless Integration and Ease of Use

The use of digital payment services such as PayPal has grown as more and more gaming and gambling services have moved online. This is one reason why bitcoin is widely used online in addition to the ones below and what has made it one of the most common virtual currencies. Bitcoin takes out all the lengthy banking processes of traditional payment systems and makes transactions quick, and simple. The user friendliness of the currency is one of the reasons why it continues to be used today.

There are increasing amounts of online casinos and bingo sites that are tailor made to support the use of bitcoin in their games. What will be interesting to see from an outside perspective is how long it will take wider known brands such as Mad About Bingo to include bitcoin as one of their main payment methods.

As the world moves from cash to card and digital payments, any anonymity or privacy was removed as every transaction is recorded. This is why Bitcoin is popular in online communities as the system has end to end encryption at its heart. The crypto currency’s system is built on a peer-to-peer network that is not controlled by any central authorities which means that users can conduct their private business without anyone knowing about it.

Not only does using Bitcoin ensure that your transactions remain anonymous, but it also keeps details about the transaction such as who received the payment or what service was paid for private as well. As a result, Bitcoin works well alongside gaming and gambling services because it is a digital currency that can be seamlessly integrated with such services and also allows users to remain in control of their privacy.

Last but not least, Bitcoin is also seen by many as a secure way to store money. Bitcoins are kept in a digital wallet that can be managed by dedicated websites or on a private computer and there are no limits to how many wallets or bitcoin addresses for receiving payments you can have. The virtual currency’s popularity has seen many companies and websites start accepting payments in Bitcoin. Online gaming and gambling have been the leading sectors at adopting new technologies so it wont be long before online bingo sites start accepting bitcoin as well.
The reasons listed above are some of the benefits of using Bitcoin that make the crypto-currency popular with online gaming and gambling communities and looks set to only get better as it continues to be developed.