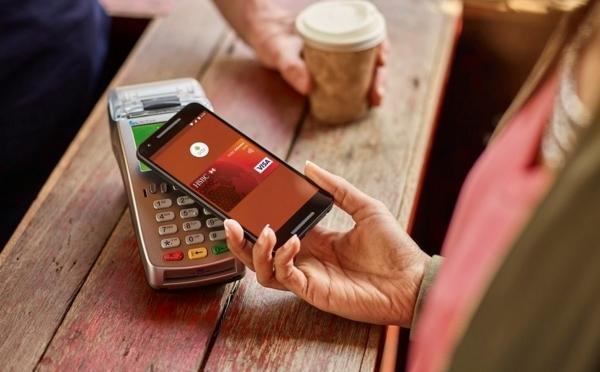 As we move towards transacting without cash and cards, what are the implications for tech-enabled disruptors, as well as incumbents with a vested interest - like banks and card issuers?

SINGAPORE: Imagine ordering a latte at your usual coffee stop. When it is time to pay, you walk up to the counter and say, “I’d like to pay by EZ-Link, please”. The voice recognition software senses a match, and payment goes through. The scenario, described by EZ-Link CEO Nicholas Lee, is what could happen in the not-so-distant future, if he has his way.

In this case, the voice is the trigger for payment, in place of a contactless card wave or a credit card swipe. This trigger, as has been seen with the recent launch of Apple Pay and Android Pay, can be an accessory like watch or smartphone. But it can also be biometric - like an iris or thumbprint scan.

“It doesn’t matter what the trigger is. We provide the backend platform to link consumers’ bank accounts with the merchants, and with the Land Transport Authority (LTA),” said Mr Lee, who is leading EZ-Link’s charge to be an account-based, payment solutions provider - for more than just train and bus rides.

EZ-Link, the wholly-owned subsidiary of the LTA, is pivoting after more than a decade of being viewed by Singaporeans merely as a contactless, stored-value transit card. An account-based system also means EZ-Link cards can be linked to a bank account and topped up on the go, via a mobile app, reducing the need to jostle with tourists queueing up at physical top-up points at MRT stations.

“We saw this coming four or five years ago. We have been working with Visa and Mastercard, and they were so hungry - to get into transportation - that it was scary,” said Mr Lee, explaining the need to develop and remain relevant.

“We are already very late into the game and we have to accelerate ourselves. The key benefit that we have is our strength in transit - our consumer base there. So how do we move our consumer base into new payment methods? Once LTA opens up account-based payments, we are ready,” he said.

Last month, LTA and Mastercard announced an account-based ticketing system pilot would be launched by the end of this year. The pilot will allow registered Mastercard cardholders to use their contactless debit or credit cards on trains and buses, eliminating the need for a separate transit card and fare top-ups.

CHANGING WITH THE TIMES

As society moves to a greater degree of cashlessness and cardlessness, EZ-Link’s evolution puts it head to head with NETS, an electronic payments company owned by Singapore’s three local banks.

Coincidentally, it was also actions taken by the LTA that nudged NETS to further future-proof its business. LTA announced this February that a next-generation Electronic Road Pricing (ERP) system based on Global Navigation Satellite System (GNSS) technology will be progressively rolled out from 2020.

“We won’t wait till then to change. We want to be ready even before that. Last year, we launched the vCashCard. So if you forget your CashCard, or don’t have enough cash in it, the ERP charges are automatically deducted from your virtual CashCard, noting your IU (In-Vehicle Unit),” said NETS’ Head of Sales & Marketing, Ang Sok Hong.

“The adoption rate matters. If it is not there, we won’t say it will replace the physical CashCard as a payment mode. But we're building towards the 2020 Government call for GPS payment,” he said, adding that NETS is currently looking to make the account-based virtual wallet accepted at carparks islandwide.

“The banks are always telling us, ‘Please put more NETS payments terminals out there’. Because they want to reduce the queue for cash at ATMs. They also want to reduce having so many ATMs on the market,” said Mr Ang.

“We’ve tried, quite successfully, in certain areas. In MRT areas, shopping malls - 80 to 90 per cent of retailers accept (cashless payments). In the heartlands - this is 70 to 80 per cent. The last ones (to adopt) will be the wet and dry markets. 30 years is not a long time to help people go cashless. We’re starting in greenfield areas - like wet markets, self-service kiosks, and we also service delivery companies and blogshops.”

NETS, which has collaborated local fintech startups like STYL, said it is speaking to the likes of China’s Alipay. But Mr Ang declined to elaborate more on other virtual wallet options NETS might be building.

“Existing wallet options in the Singapore and Asian market tend to be nothing more than mobile extensions of internet banking solutions. Unlike Kashmi, some of the available options do not allow for inter-bank transfer of money while others that do allow this function do not make it as seamless as it should be,” he added.

Kashmi, which is completely free to users for now, is regulated by the Monetary Authority of Singapore (MAS) under the Payment Systems Oversight Act. In Singapore, it competes with players like more establish Fastacash, which enables payments within apps like WhatsApp and Facebook.

The MAS’ ongoing push for an “all-in-one” addressing system, is expected to give a lift to startups like Kashmi and Fastacash. The addressing system will enable Singaporeans to pay each other using a mobile number, email address, social network account, without the need for a bank account number.

“Opening up a system like this would only enable us to also provide a more seamless service at much lower cost. This would also allow us to focus more on value-added features that would build on the core payments experience,” he said.

Kashmi’s Mr Fernando predicts that Singapore could go cashless as soon as in the next 20 years. Meanwhile, MAS’ Chief Fintech Officer Sopnendu Mohanty reportedly said that he expects 75 percent of transactions will be conducted through biometrics by 2020.

But these projections may be overreaching a little.

In contrast to the trend in some countries, the value of notes and coins which have been issued into circulation by the MAS has been increasing. Latest available statistics showed this rose to S$39.3 billion as at Mar 2016, up from 6.4 per cent a year ago.

“In Singapore, there’s still a lot of cash in the system. One of the endeavours of the central bank and all the players is to reduce reliance on cash, and therefore, efforts to create industry platforms, like FAST, g3 platform, or a whole bunch of Android Pay, Samsung Pay, Apple Pay, etc,” DBS CEO Piyush Gupta told Channel NewsAsia last month.

“As cash reduces you will need less branches, at least the role of branches has changed, to being more advisory centres. But I don’t see that happening in the foreseeable future of Singapore. For the time being, we continue to maintain our full branch infrastructure and network, And in fact frankly we've increased some of those in recent times.”

In a speech last June that outlined Singapore’s goal to be a smart financial centre, MAS Managing Director Ravi Menon said that the vision is “less cash, less cheques, fewer cards”. He noted that it costs as much as S$1.50 to process a cheque, and while the cost of cash is less obvious, it is just as real, in transportation, collection, delivery and protection.

Agreeing with Mr Menon’s assessment, EZ-Link’s Mr Lee said the change needs to be driven top-down, by bank management working with industry regulators. “In a bank, if you look at individual business units, what is their bread and butter? Transaction fees, interest. But if you look from a whole-bank perspective, your cost of cash, ATMs, etc, may far outweigh the total benefit from transaction income,” he said.

“If you launch a platform which is unique to Singapore, you’re talking about a maximum market size of 5 to 6 million. So that’s not much... compared to other markets where you can expect a minimum number of people joining that platform, and it can easily scale up. Even if 1 per cent of Indonesia’s population joins a platform - that’s 2.5 million people,” he explained.

Responding to queries from Channel NewsAsia, The Association of Banks in Singapore (ABS) said the industry as a whole has continually been promoting the use of electronic and digital modes of payment its effort to reduce reliance on cash.

Describing it as a drive towards a “less-cash” society rather than a cashless one, ABS Director Ong-Ang Ai Boon said: “There will still be place for cash in our society for a variety of reasons: many elderly residents are not tech savvy and prefer to use cash; consumers and merchants find cash more convenient for very low-value transactions; in an event that disrupts electronic transactions such as a power outage or a cyber attack, cash will be useful especially if the need is urgent.”

ABS added that it is working towards enhancing FAST (Fast and Secure Transfers Scheme), the interbank funds transfer service, to allow users to use proxies such as mobile numbers to make fund transfers by next year.

"It's a chicken-and-egg problem," observed said NETS' Mr Ang. "We need to move fast, to be prepared for the day consumers are ready. But in the meantime, there's a risk in investing in platforms and technologies that no one is yet using."