Wall Street's Obsession With Blockchain And the Future Of Banking 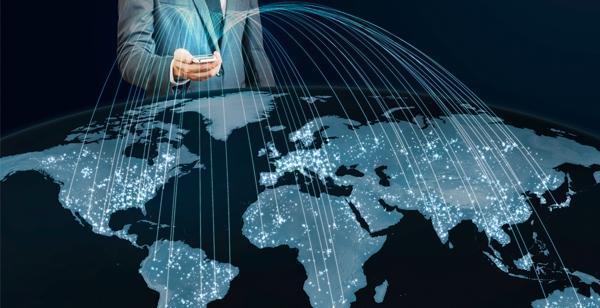 Anyone who sends money abroad knows how inconvenient it is. Banks take days, sometimes weeks, to clear payments, and they collect a hefty fee in between. And God forbid, when errors occur, money vanishes into thin air.

“Banking now is like sending a letter—you send it [and] you don’t know if it reached [its destination],” observed Chris Larsen, CEO and co-founder of Ripple, a San Francisco-based startup. His vision is simple: Money transfer should be like sending an iMessage, where you immediately know if and when it arrives. It’s a bold, disruptive idea for sure, but it’s a vision eagerly embraced by heavyweights on Wall Street.

Just last month, IBM and Crédit Mutuel Arkéa announced the completion of their first blockchain project. The week before, a group of seven banks, including UBS, Santander, and UniCredit, were trying to move money across borders using a blockchain platform that Ripple created. Goldman Sachs and Barclays had similarly invested in yet another venture, aiming to make real-time money transfer possible. Even JPMorgan Chase, an initial blockchain skeptic, has now joined Citigroup, Bank of America, and Credit Suisse to test out application in the credit derivatives market. Blockchain, a record-keeping technology that powers Bitcoin—the first digital currency—has irrevocably gone mainstream.

Until most recently, Bitcoin was infamously associated with drug dealers, pornography, and the illicit weapons trade. To possess the kind of eagerness Wall Street has in experimenting with blockchain is like Sony Music Entertainment or Warner Music Group dabbling in peer-to-peer music sharing when Napster was at its height in the late ’90s. Little wonder that some observers likened blockchain to an unregulated open field. Jamie Smith, former spokesperson for President Obama, argued for the need to engage policy makers more widely, calling educating regulators a top priority.

In short order, an unlikely alliance was forged. Startups with names that have barely entered the public conscious (e.g. BitFury, BitGo, Bitnet, Bitstamp, itBit) are now working with the U.S. Justice Department, the FBI, and the Commodity Futures Trading Commission. Still, the most ardent supporters of blockchain came not from Silicon Valley, but from Wall Street. Unlike major music labels who ignored, shunned, and deplored peer-to-peer file sharing, the pinstripe suit–wearing bankers suddenly turned into adventurous entrepreneurs. What changed this time?

Every intricacy of modern banking is an attempt to answer a fundamental question posed by capitalism: How do we get strangers to trust one another? Let’s say Mary, a mother living in New York, wants to wire $1,000 to her son, David, who is studying abroad in Madrid. Upon order, the U.S. bank immediately debits Mary’s account and puts the money on hold at the Federal Reserve, which waits to aggregate hundreds of thousands of daily transactions before sending them in a batch to the European Central Bank. The European Central Bank then dispatches the bundle and schedules the distribution of individual transactions to different local banks. After two to four days, David finds the equivalent of $900 appearing in his local account after the deduction of about 10% in administrative and exchange fees charged by every intermediary in the chain.

The last time some real innovation occurred was in 1871, when Western Union—a telegraph company—introduced a proprietary system that achieves near real-time money transfer. With 500,000 points of sale scattered around the world, Western Union allows Mary to bring cash to its counter, and in a few minutes, David can withdraw cash from another Western Union across the Atlantic. No more talking to multiple parties. This system requires massive scale, and it’s expensive, but it works. PayPal, in many ways, is simply the online version of the same ingenious design.

Now imagine a world where the identity of the account holder is masked, but everyone can see the money in every account. In other words, everyone owns the same ledger, and it can’t be easily altered unless you can gain control of the majority of all of the computing resources. When Mary’s money is deducted and David’s is added, the movement is completely transparent, so no reconciliations or double-checking is needed between multiple parties. The system is designed to be real time—instantaneous. Such is the basic logic of Bitcoin, and its technology blockchain—an open ledger that all can see effectively cuts out the need for central banking oversight.

Blockchain, it turns out, is just a universal banking protocol—a big idea to be sure, much like the Internet protocol that ushered in the World Wide Web. Everything blockchain needs is already here, from mobile phones to embedded sensors, from raw computing power to machine algorithms. The greatest achievement of Satoshi Nakamoto, the mysterious inventor of Bitcoin, is to commit such an elegant design of a decentralized monetary system to paper that it inspired waves of hackers, technologists, and bankers to experiment in a number of different ways.

The enthusiasm of big banks is understandable. The regulatory pressure to record everything from stock trades to money transfer has caused compliance costs to escalate astronomically in recent years. From Basel III (509 pages including 78 calculus equations) to the Dodd-Frank Act (2,300 pages), our centralized system reeks of Soviet-style command and control. Just by eliminating the manual processes around reconciliation with customers, trading partners, and securities exchanges, it has been estimated that blockchain will deliver savings of nearly $20 billion per year by 2022—net profit straight to the bottom line.

This is why big banks are scrambling to explore new applications, such as unforgeable records of identity, to achieve straight-through processing, with transactions automated completely with no human intervention. Greenwich Associates, a market intelligence provider, reported in a survey that financial and technology markets will invest $1 billion in blockchain this year.

But doesn’t Wall Street care about job security? Not when it directly boosts the bottom line. When savings are tangible, big companies are willing to soldier through any wrenching change. American manufacturers have long shut down factories and outsourced everything to Asia for low-cost production. Executives are equally nonchalant when implementing SAP or CRM systems that demand re-engineering of innumerable workflows. Framed in this way, blockchain is actually less about new services or offerings that cannibalize existing businesses. Rather, it helps take costs out of a bulging baseline. Breakthrough innovation notwithstanding, blockchain is posed to support big banks in handling their voluminous transactions in years to come. And Wall Street knows this well.

So what will happen in the future after most banks have adopted blockchain? According to standard economic theory, a low-cost competitor enjoys cost advantage only when high-cost competitors still remain in the market. When everyone is using blockchain, the resultant saving will stop flowing in as corporate profit. Market competition will force all banks to pass on the hard-won saving back to consumers. Banking fees are set to plunge—which might as well be the greatest legacy of Satoshi Nakamoto.