Where do bankers' children bank? 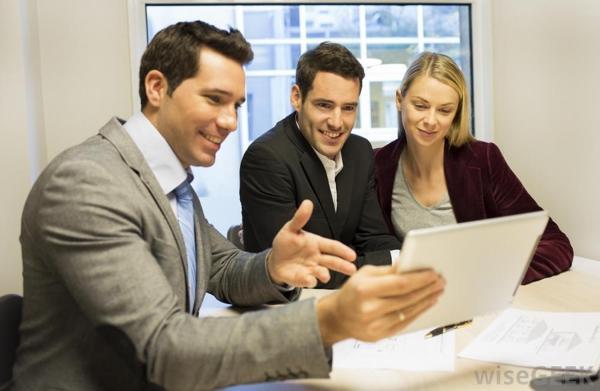 Much has been written about millennials and the way they bank, but what of those with a banker in the family? Does having an insider’s view change the way this select set of millennials bank? What we found after talking to several bankers with adult millennial children (and some with slightly older Gen X kids) is that the answer, in short, is “No.”

One well-known habit of millennials is that they handle most, if not all, of their banking online and rarely go into a branch. Bankers with millennial children unanimously confirmed this.

Dan Blanton, CEO of $1.8 billion-assets Georgia Bank & Trust, Augusta, says his five children (ages 26 to 42) all predominantly bank at his institution, but do so through mobile and online platforms. He also cites the example of his daughter-in-law, who handles everything financial through her PayPal account—from business payments to receiving payments from family members.

All this online activity naturally carries over to cash, which is decidedly not king amongst the millennial set. Most rely on debit or credit cards for everything. “They would use a debit card for a $2 item,” says Thomas Boyle, vice-chairman of $560 million-assets Countryside Bank, Countryside, Ill., of his four children, ages 31 to 38. “It doesn’t matter what the [dollar] size of it is.”

This move away from cash is emblematic of a move away from all paper. Boyle says his son takes pictures of important documents like receipts and files them digitally. “Paper is insignificant to [millennials],” he says. “They’re a technology age.”

Still, only so much can be accomplished digitally, and the bankers we spoke with all agreed that for complex financial matters like mortgages, loans, or investments, their kids go into a bank to seek advice. “When it comes to a major decision, that’s when they want to come in and sit down and talk to somebody they know,” says Blanton.

Sources differ on the exact age range of the millennial group, but generally speaking they include people between the ages of 18 and 35. Because this is such a large age range, habits can vary. John Eilering, president of the Mount Prospect (Ill.) State Bank, part of $1.2 billion-assets Glenview State Bank, has kids who are a bit older (38 and 41). They have applied for mortgages and dealt with more complex financial issues, and Eilering finds that as a result, they’ve forged a connection to one bank—happily, it’s the Mount Prospect bank. “Loyalty is pretty important to my son and even more so to my daughter,” he says.

Paul Mollica, Boston regional president for $24.6 billion-assets Webster Bank, based in Waterbury, Conn., also has observed this as his twin 25 year-old daughters encounter more complex financial needs or require service from a bank. In fact, after experiencing inferior service from a previous institution and having a credit card hacked, both girls decided to switch to Webster. “Service quality is a big deal,” maintains Mollica. “I think as you get older and as your needs start to become greater . . . it’s an added dimension.”

(All this loyalty also suggests that one way for bankers to build their customer bases is to raise them!)

Most of the time, features are what draw in millennials. A senior vice-president at Glenview State Bank said that her two kids (ages 28 and 30) get most excited by rewards, a lack of fees, and the convenience of nearby locations—in the rare event that they need to visit a branch. She says they also look for additional features like people-to-people payment capabilities.

Dan Blanton’s kids constantly make suggestions and requests for new technology. “It’s a cost balance,” notes the CEO, who is current chairman of the American Bankers Association. “You want to be careful where you jump in and be sure that it’s been tested, it’s been proven, and that it’s been adopted as the technology for the youth right now.”

With millennials already on Blanton’s staff, including two of his own children, it may make it easier to see what’s on the horizon. “The exciting thing with banking is we’re bringing these millennials into the workplace,” he says. “How will they transform banking? And how will that naturally evolve into how bankers do business in the future?” he asks. Time will tell.