Could virtual reality be the next big thing in banking? 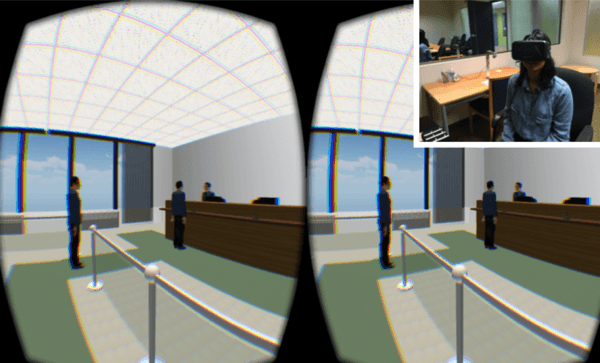 While we have been hearing predictions about the disruptive impact of virtual reality (VR) headsets for many years, questions still remain. Now that some models have finally made it to market (including the Oculus Rift from Facebook), we must ask: Could VR devices also cause similar disruption within the banking industry?

On the surface it would seem that banks are an unlikely business to use VR. But it turns out banks are among a myriad of companies that have been testing virtual reality at a time when this technology is just starting to roll out to the masses.

Bill Briggs, chief technology officer for Deloitte Consulting, has stated that some banks could start making wider use of such technology by next year. One possibility, he said, is virtual-reality branches, where customers might be able to pay a visit to their bank without ever leaving home. Internally, banks could use similar technology to train financial advisers, maybe helping to hone that new sales pitch, he added.

While we agree on the benefits of their usage for training, if we already have access to online and mobile banking, do we really need to "feel" like we are actually standing in the branch? With more and more bank branches closing we don't think people are looking to replace the in-branch experience with a novel way of "virtually" standing in a branch from the comfort of home.

Briggs went on to say that, “It’s early prototyping, early experimentation” at this point in time. Banks, he said, are still at the stage of asking themselves, “What would the actual use cases potentially be?” -- precisely the question we are asking!

But while banks spend time trying to figure out how to use VR headsets, they also need to be asking how many of their customers will actually own these devices. Are people going spend hard earn money just to end up standing in a "virtual" line waiting to refinance their mortgage? (The Oculus Rift starts at $600!)

The financial sector has actually been analyzing two types of related technology – virtual reality and augmented reality. Generally speaking, virtual reality describes a computer-generated environment in which a person is immersed, such as by wearing a headset. Augmented reality, on the other hand, involves overlaying computer-generated images on the real world (think Google Glass). But whether it's VR or AR, we're not sure if it makes a difference in terms of the "experience."

Some banks have made no secret about their experiments. San Francisco based Wells Fargo, for example, has tested how both Google Glass and the Oculus Rift could be used by their customers. Perhaps at this point someone should mention to Wells Fargo that Google Glass isn't cool anymore -- in fact, it never was.

“We’re looking to re-imagine customer interactions with money within and across channels, including how a customer might use (virtual reality) to manage finances,” Wells Fargo spokesman Josh Dunn said in a statement.

It remains unclear whether virtual or augmented reality could hasten the decline of branches, which banks nationwide continue shuttering as they push to lower operating costs. Rapid consumer adoption of another technology, mobile banking, has been the bigger contributor to closures of branches, which have seen declining foot traffic. We believe simpler, more available technologies will ultimately drive the continued closure of branches much more than some clunky, expensive headset.

The final question: Will the VR experience include replicating the smell of bad perfume from a woman standing in line in front of you in the bank branch? We certainly hope not, but as the technology continues to evolve it could all get a lot worse... you might even end up like this guy! 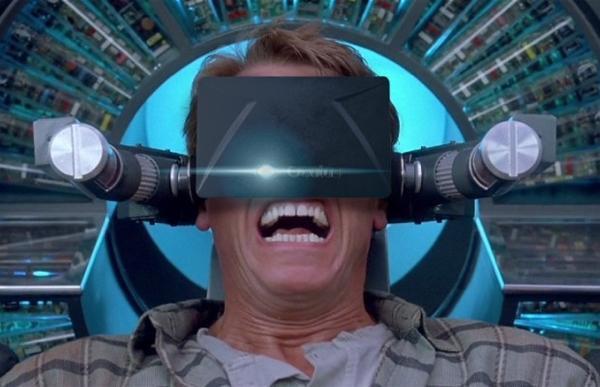