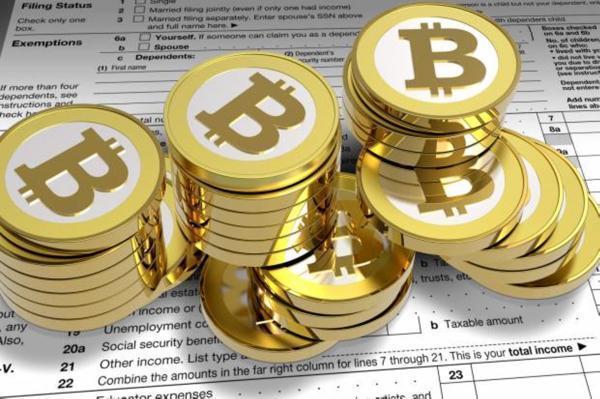 The IRS asked Coinbase to produce records for users over a wide time period: two years. Members of the Bitcoin Community have expressed outrage over this. In fact, even Coinbase, whose CEO Brian Armstrong oft takes a pro-regulation stance, has rebuffed the move.

Yet, many Bitcoiners take it much further, demanding a Bitcoin Economy that stands on its own. The premise is old as Bitcoin, but in recent years – as more has become known regarding how easy it is to trace some bitcoin payments – the sentiment has shrunk as an overall percentage of the philosophy directing the Bitcoin Ship. (though, the block size debate has surely obscured what’s exactly going on here)

The very premise of a Bitcoin Economy which stands on its own is fatally flawed, as any and all information garnered in such an economy will be used by law enforcement prosecute those who break the laws in the jurisdiction where Bitcoin participants live. Those who propose a standalone “Bitcoin Economy” (in particularly in the wake of IRS’ request of Coinbase) seemingly envision such an economy to be totally independent of law and order.

How global authorities handle darknet marketplaces and bitcoin’s black economy more than suggests authorities would exercise the full extent of their authority (and maybe some extra), including taxpayer money, towards cracking the code on any independent bitcoin economy.

Controversy erupted over on Reddit when Rosie from Coinbase explained certain aspects of Coinbase operations:

All outgoing transactions are reported as sell orders and show the gain or loss of those bitcoin.

“It is up to each user to calculate and report taxes associated with their bitcoin trades,” she wrote. Coinbase provides a report as a tool to assist users in this process. Using Coinbase’s tax report does not determine your tax liability or lock you into filing your taxes based on the report.” She explained further.

“Transactions into or out of your Coinbase wallet are reported as buys or sells at the current market price because we do not have visibility outside our platform,” Rosie wrote. “Users are free to apply any appropriate accounting method in calculating their taxes. If you have other information about a particular transaction – for example a bitcoin send from your Coinbase account to another wallet you control – then you may choose to take that into account in filing your taxes.”

Law experts have defended Coinbase’s actions online while many bitcoiners rebuffed the way in which bitcoin handles funds. Daniel Winters, Bitcoin & Cryptocurrency accountant, explains why Coinbase operates as such.

“I’ve reviewed Coinbase reports for 2 years now for the tax returns I prepare for clients,” the tax accountant says. “The methodology Coinbase uses for their gain/loss report actually makes sense. The reason they treat any outgoing transfer as a sale is because once the BTC leaves Coinbase, they don’t know what happened to those coins. So, their report treats this as a sale.”

He highlights how Bitcoin, in some ways, is lacking the tools needed to appropriately account Bitcoin technology: “If you have a Coinbase account & transferred BTC in and out of Coinbase to other wallets or exchanges, you need a third party tool,” he says. “Bitcoin.tax will accurately calculate your income and capital gains/losses. You will need to upload transaction histories from all wallets/exchanges. You will probably also need to create your own CSV files where you make manual entries to correct for transfers and events which didn’t occur on an exchange. Such as Bitcoin purchased for cash on LocalBitCoins or from friends.”

Mr. Winters added: “Couple people here basically said, ‘Wow, this is complicated and have problems with records.’ You’re right. It is complicated. Well, the idea behind Bitcoin is that we can all be our own bank, and be responsible for storing our own wealth in the form of Bitcoins. Unfortunately, that also means tracking our transactions for tax purposes.”

Websites like Bitcoin.tax helps with this process. And, no there’s no escape.