In the age of bitcoin and Apple Pay, these businesses are still cash only 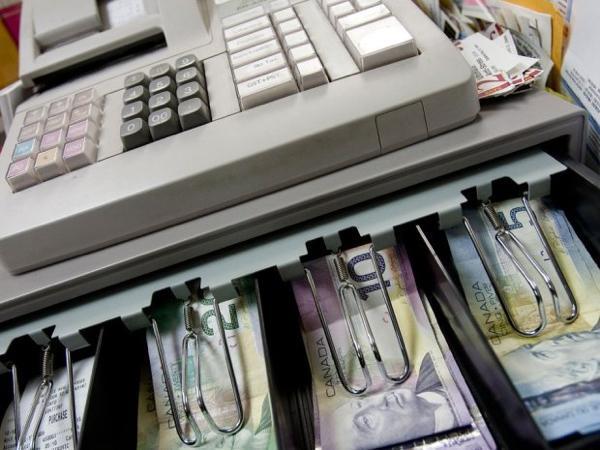 In some ways, La Tête Dure is a pretty modern business. The Montreal barber shop has a Facebook page and an Instagram account. But, when it comes to payment, things are a little more old school – La Tête Dure (French for the hard head) is cash only.

Claude Haggart, who opened the business with his nephew a little more than two-and-half years ago, says simplicity is the main reason they don’t accept cards.

“To actually put a card through, with a machine, is time consuming,” Mr. Haggart says. “When a business is busy, it’s simpler to just take cash. Those seconds add up.”

Turnover is fast at his walk-in-only shop, where haircuts take around 20 minutes and there’s often a wait.

Mr. Haggart isn’t alone – even in the era of mobile wallets and Bitcoin, some cash-only businesses are thriving.

Still, businesses like his are definitely in the minority.

A 2011 survey by the Canadian Federation of Independent Business found that 95 per cent of its members in the retail and hospitality industries accepted credit cards; 93 per cent accepted Interac debit.

“There hasn’t been a huge amount of change in acceptance” since that survey, says Corine Pohlmann, senior vice-president for National Affairs and Partnerships at the CFIB.

Retail and hospitality businesses that are cash only tend to be very small businesses that focus on serving customers in their neighbourhood. In sectors where small businesses are doing business with other businesses, cheques are still a major form of payment. The CFIB says 99 per cent of their members in the construction industry take cheques, while only 45 per cent take credit cards and 26 per cent accept debit.

Cash payments are harder to track, something that is an ongoing issue for the Canada Revenue Agency, which has linked cash payments to tax dodging.

For law abiding businesses, the reason they stick with cash is the fees they have to pay when they accept cards, Pohlmann says.

Interac charges a variety of flat fees, depending on the issuer and the amount of the purchase, which average out to around six cents a transaction.

But accepting credit cards can be much more expensive.

Companies like Visa, MasterCard and American Express take a percentage of the sale every time one of their cards is swiped.

That percentage can vary depending on the card. “Premium” cards – like the ones that give out points, cost merchants more to accept. If a merchant wants to accept any cards from a certain brand, like Visa or MasterCard, they have to accept them all.

For Visa and MasterCard, small businesses pay an average of 1.5 per cent, with that rate fixed for roughly four more years. American Express can charge up to four per cent.

Those fees have led to disputes. Walmart Canada has said it plans to stop accepting Visa because the fees are too high. In the United States, 12 million merchants are part of a class action lawsuit against Visa and MasterCard. A proposed settlement in a case was rejected by a federal judge on June 30.

And that isn’t the only cost – terminals have to be rented or purchased and there can be additional charges added on by banks.

Ivan Gedz, the co-owner of Union 613, says he pays between $20,000 and $30,000 a year to accept cards at his popular Ottawa restaurant. He floated the idea of going cash only a few years ago but, with the majority of his customers paying by card, he ultimately decided not to.

“I still contemplate it,” Mr. Gedz says. “We’d love to take that money and give our cooks a raise.”

The cost of accepting credit cards, after all, has to be paid.

Joel Nania, the owner of Weeds Cafe, a coffee shop in Calgary, says he only takes cash but during a brief period over 10 years ago he accepted cards. At the time, he says he was paying 35 cents a transaction to accept debit cards. On a two-dollar cup of coffee, it just wasn't worth the cost.

“That eats up your margin pretty quickly,” he says.

But with a larger competitor scheduled to move in nearby, he’s now contemplating adding another payment option to ensure he can stay competitive.

He worries that people tapping cards won’t tip his staff and the cost remains a concern.

“There will definitely be a price increase across the board,” he says.