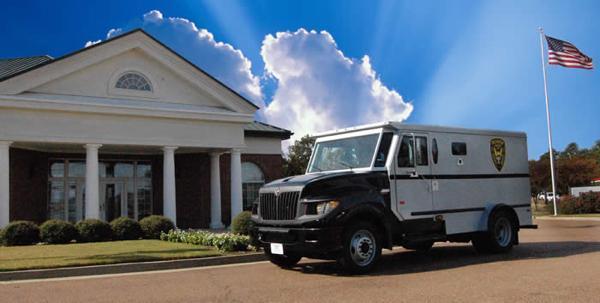 When someone hears the term, "Armored Car," they usually imagine the big, bulky, square, tank-like trucks that transport money to banks. But what about other types of armored vehicles? The ones used to transport other types of precious cargo -- including important people -- all around the world?

Remember the "Pope Mobile?" That one always made us laugh. Although there is an entire fleet of different makes and models of automobiles used to transport the leader of the Catholic Church, perhaps the most memorable was the Mercedes M-Class. That iconic car was retrofitted with a bulletproof glass bubble to protect his eminence from gunfire, while still putting him on display for the masses.

As many of us will remember, the introduction of the Pope Mobile followed the assassination attempt on Pope John Paul II. The tiny glass house was complete with its own oxygen supply and seating area. Recently, our more modern, new-age Pope Francis, decided to ditch the fishbowl mode of transportation saying, "At my age, I don't have much to lose," and "It's in the hands of God."

Newer armored cars still use bulletproof glass that is up to three inches thick in some cases. But for the body of the vehicle, more lightweight composites like Kevlar, found in bulletproof vests, are now common. With the cost of fuel uncertain and expensive, lighter but no less secure vehicles are important to the armored car operator's bottom line.

For the real CIT (Cash In Transit) armored car, there are new technologies and software innovations available to ensure control of this important currency transporting service. Companies are now harnessing the power of the internet, mobile technologies and GPS tracking to update this centuries old concept. Riding shotgun has a whole new meaning in the modern age, although there are still many places around the world where heavy firepower is as important as heavy computer power. With the advent of die-pack technology that renders cash useless when activated, some armored transport companies in parts of the world no longer even carry weapons, making death and injury to their staff less likely as criminals have no reason to fight or to steal money that can be instantly rendered worthless.

Professional service companies now operate customized software and tracking systems that monitor every aspect of the pick-up, delivery, receipt, processing and storage of more than just cash. Precious metals, priceless artifacts, gems, jewelry and other valuables all are being safely shuttled using these the latest computer-ready vehicles. With the ability to track activity in real time, and account for the physical whereabouts of both personnel and valuables, the modern Armored Transport company can not only guarantee the safety of the valuables they transport, but their staff and their customers as well.