2016 To Be The Year Of Cashless Countries: Clear As Water? Or Baseless Fodder! 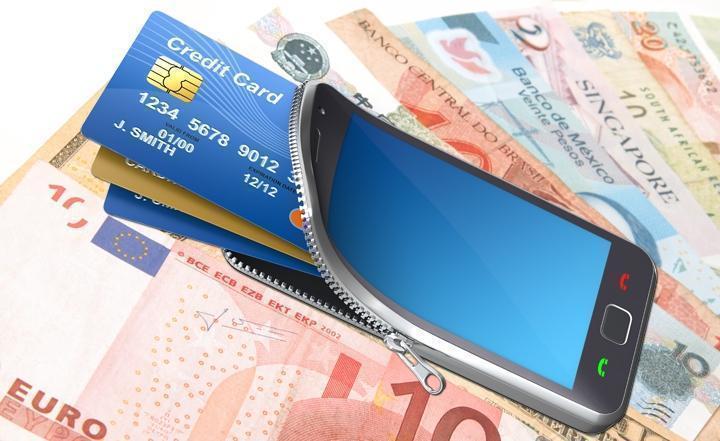 Hearing the story about the coming of the cashless society, and how more and more countries are about to forego physical currency is nothing new. That story has been told ever since the first electronic payment technologies were developed. However, as 2015 comes to an end, some countries such as Australia and Sweden are making headlines as they are about to take that first big step and possibly go cashless in 2016. What are the implications... and will it finally happen?

As the word cashless implies the idea seems so simple: a country and its various modes of commerce move from accepting paper currency or coinage to only accepting plastic cards (credit or debit) or NFC payments (such as Apple Pay or Android Pay.) All a form of, dare we say, digital currency -- not quite like Bitcoin -- still associated with real cash. And with that the ability to pay for goods and services would suddenly reside in the cloud (not our wallet or purse) just as credit cards have always been. Well, let's not forget that there is no cloud, just someone else’s computer, subject to hacking, malfunctions and fraud. Convenience has its price!

So Who's Making Headlines In The Move To A Cashless Society?

{modal http://www.news.com.au/finance/economy/denmark-is-set-to-become-the-first-country-in-the-world-to-make-cash-payments-obsolete/news-story/a48b32a783ae4b4a00b1b4185969a396}Denmark made headlines{/modal} earlier this year as the first country to make cash payments obsolete. However it seems that that initiative was started as part of a package of cost-saving measures in the country and less of embracing any new technology. The prediction was that it would all be in place come January 2016 – let’s see if that happens. As of now, almost a third of all Danish citizens (population 5 .6 million) were using Danske Bank’s official app, MobilePay, to pay for services and transactions. Although driven in Denmark orginally by cost saving measures some societal benefits vis-à-vis the technology have definitely been realized. In addition to the cost savings in the physical handling of cash and in managing the costs of security, the incentive for bank and transport robberies has also been reduced. In contrast, armored car robberies continue to make news in America and probably won’t be stopping anytime soon.

Who's Jumping On The Cashless Bandwagon?

Joining the pact now comes Australia and {modal http://www.smh.com.au/business/banking-and-finance/sweden-moves-towards-cashfree-economy-20151227-glvcf3.html}Sweden{/modal}. In fact, Australia’s cashless society might come sooner than originally predicted. As recently as September 2015 there {modal http://www.ibtimes.com.au/australia-be-cashless-society-2022-says-study-1469512}were new headlines{/modal} of Australia going cashless by 2022 (a lot earlier than the 2027 prediction!) Now even that date has been pushed up to the coming year - 2016. Looks like a cashless world might be coming way before manned-spaceflight to Mars – a world where you don’t need any cash at all! (Only Matt Damon and some MacGyver style survival skills.) In Australia studies report that 33 percent of smartphone users believe their lives are made easier by using a banking app to manage their finances. But does that mean they’ll be using those phones to buy basic necessities at their local grocery store? And how quickly will those stores install the required (and expensive) technology to facilitate cashless commerce? We all know that in the city that never sleeps (New York) it would be hard to imagine every mom and pop convenience store quickly switching to electronic payments only. We can't imagine it will be any different or easier in other countries around the world.

So the phenomenon of cashless payments seems for now to have centered as a European trend. Reports on new payment rules in countries such as Spain and France reveal that transactions over 2,500 euros and 1,000 euros respectively have been banned. In Sweden, as mentioned before, the population seems to be hooked on the move to digital payments. Some churches now accept donations in digital form only. Even homeless street vendors carry mobile credit-card readers (and all we have to say about that – brilliant! Welcome to the poor of the 21st century.) And in an ironic note, the Abba Museum, despite it’s shrine to the 1970s music group that wrote the song Money, Money, Money, has stopped accepting bills and coins.

Going cashless has benefits and challenges. Some segments of the Swedish population have been slow to adapt. The older crowd continues to prefer cash while the younger crowd has embraced digital payments. With that, the young increasingly risk running into issues of debt by racking up those credit card purchases which are only a swipe or NFC touch away. Still, many banks including SEB, Swedbank and Nordea Bank keep no cash on hand, nor do they accept cash deposits. The benefits - reducing the amount of security needed and removing the incentive of bank robberies. Sweden, has  been a leader in this trend because they are a tech-centric country (home to the popular streaming music service Spotify and the maker of Candy Crush mobile games.)  Yet that technology brings risks. Many fear the repurcussions of going all digital, especially when it comes to matters of money. The threat to privacy, tracking where you shop and what you buy, coupled with the increased vulnerabilty to hackers, makes for plenty of opportunity for electronic fraud. In the past year reports of fraud have jumped to 140,000 incidents, more than double the amount of a decade ago.

While all the changes won’t happen on the turn of a dime (pun intended) the initiatives in many countries are slated to start in 2016. Time will tell if the results of the all-digital trend are going to be clear as water or baseless fodder that simply makes for good headlines. Although physical cash has always had risks, a cashless society comes with security issues of a different kind to say the least. Think of those times of crisis or during a blackout when electronic systems have stopped working. Reaching for your phone to buy food doesn't compare to pulling out real cash to hand to a merchant operating by candlelight! Even the simple inconveniences we experience from average, everyday computer problems and bugs can interrupt the new age of cashless commerce. Privacy and the ability for governments to more easily track our spending are still more cause for concern. So for the time being, in the world we live and spend in, cash is still King. Currency has been around for thousands of years. That physical something, regardless of whether you believe it is really backed by anything, has an innate tangible value that everyone can feel and so trust.