For bankers, this transformation reflects consumers' increasing demand for convenience, digital engagement and self-service. And it's made it essential for all FIs to re-evaluate what is, and what isn't critical infrastructure.

Most visibly, the transformation is embodied by shrinking branch networks, as banks trim branch-related costs and redeploy that capital to essential digital initiatives. But this creates an infrastructure problem — ATM attrition — prompting banks to rethink how they operate.

Cash demand is strong, despite the digital revolution

Despite the disruptive evolution of mobile banking and payments, the demand for cash has continued to grow. Indeed, a recent MasterCard report, "Measuring Progress Toward a Cashless Society," concluded, " ... despite this progress, cash today remains the most commonly used method of payment when looked at from a global perspective."

As for the American perspective, cash continues to play an important role in the payment landscape. In its 2016 report "Self-Service, ATM and Other Channel Banking: Expand My Options," Mercator Advisory Group, asked respondents whether their use of cash had increased, decreased, or stayed the same within the past year.

Cash made a strong showing: 85 percent of respondents said that their cash use had stayed the same (64 percent), or increased (21 percent). Only 15 percent said it had decreased.

With cash retaining its important role in consumer payments, and with ATMs becoming the most popular method of obtaining cash, it's not surprising that Mercator also found the ATM to be the most popular self-service banking platform.

ATMs: At the center of the self-service revolution

Today's ATM is the foundation of the self-service, digital revolution and an essential complement to mobile banking. The definition of "critical infrastructure," the ATM is central to self-service banking for many consumers.

In seeking to maintain a significant presence while rationalizing costs, a growing number of banks are supplementing their in-house ATM services or, in some cases, outsourcing them altogether.

This is a compelling example of how the ATM channel has become interwoven with digital transformation and is critically important to reaching a digitally inclined consumer.

Digital and cash convenience: a demand for all ages

The consumer has decided that on-demand access to banking services is important, and banks must meet this demand with more ATMs, mobile offerings and other digital services.

Speaking to the value of ATM services in particular, a 2014 Visa study found that for more than half of respondents (57 percent), ATM convenience was the No. 1 criterion reason in choosing a financial institution; of the remaining 43 percent, many said it was the No. 2 reason.

A Chase Bank Investor Day presentation earlier this year revealed that a greater percentage of millennials (80 percent) use the ATM channel than nonmillennials (63 percent).

The previously mentioned 2016 Mercator research similarly found that ATM use is rising among young adults and mobile banking users, and that more than half of young adults — up from 40 percent in 2014 — use ATMs at least weekly.

In light of the pull-back on physical assets, it might be difficult for bankers to justify expanding their in-house ATM fleet, despite all of the research supporting it. This is exactly why the model of partnering with ATM specialists has emerged.

ATMs are the physical component of the digital banking mode; they are critical infrastructure. And as banks reduce branches, the ATM only becomes more valuable. 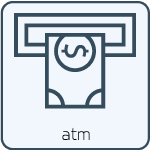 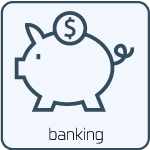 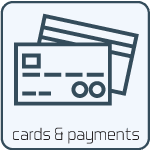 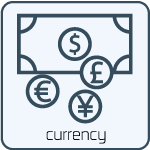 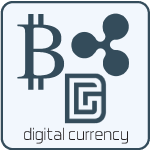 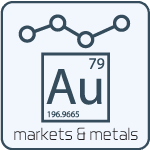 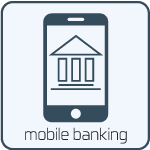