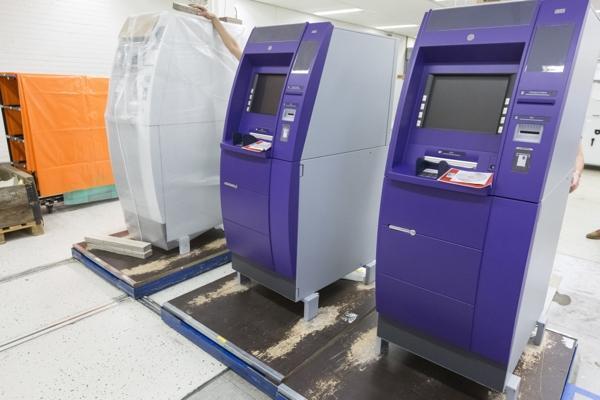 Within the financial technology sector, the ATM is sometimes seen as an area of self-service that is seeing less use due to mobile or online adoption as consumers move towards e-money and contactless payments. What may surprise is that the global ATM market actually continues to grow at a significant pace. The theme of modernization, driven by replacements and new installations are anticipated to create change in this area of financial services in the coming years.

There are currently over 3.1 million ATMs in operation around the world, with this set to surpass four million by 2020 (Retail Banking Research: Global ATM Market and Forecasts to 2020). Despite the growth in online, mobile and telephone banking – interestingly the ATM is still in many instances seen as the most common self-service channel for consumers to interact with their bank (The Federal Reserve and Financial Brand – August 2016)

For financial institutions there are clearly a number of decisions as to what role the ATM plays in their future retail banking strategy. With the ATM manufacturer landscape altering somewhat also (with the recent acquisition of the number three ranked ATM manufacturer by the number two, to form a large ATM company in terms of hardware installs), this could influence ATM industry developments also in the coming years.

Given these changes in technology, consumer behaviour and the wider economy, here's a look at what is likely to be behind growth in ATM installs globally in coming years.

How is the ATM changing as a self-service delivery channel?

With the right software and hardware, the ATM actually can do just about anything these days. For example, end users can link to a teller using video to complete complex transactions like applying for a mortgage. Intelligent deposit ATMs are becoming increasingly popular, basically offering consumers the ability to do things like cash or cash and check deposit rather than at a traditional teller.

Will the volume of cash transactions increase?

The ATM install base is already getting higher. On average 280 new ATMs are installed each day globally by all manufacturers. The ATM still sees $14.1 trillion USD withdrawn each year in cash globally via 92 billion individual transactions, according to Retail Banking Research: Global ATM Market and Forecasts to 2020 . That equates to almost $450,000 USD every second!

Consumers globally still visit an ATM around seven times a month, according to figures from the National ATM council, and the average ATM handles an average of 2,700 cash withdrawals or deposits a month.

There's lot of evidence to suggest the ATM will remain a popular self-service banking channel for years to come. Given this, it's fair to assume that the design and usability of the ATM may evolve and change, particularly given that consumers are so used to smart devices with sleek aesthetics and multi-touch capability. ATMs have been around since the late 1960s and we are all familiar with ATMs that have been out there for 15 years or more, some handling 10-15,000+ transactions a month. What is starting to occur though is technology design is moving on from just a grey box that dispenses cash to something that reflect the changing expectations of consumers in terms of other electronic devices they use day to day such as smartphones, tablets or smart TVs.

Mobile technology is transforming banking, given the sheers scale of mobile app and online banking users. It could start to influence how consumers engage and interact with the ATM channel too though.

We are beginning to see functionality between mobile phones and ATMs coming together, enabling customers to withdraw cash using their smartphone; meaning they can leave their card in their wallet. These enhancements also allow people to customize the ATM experience, which is increasingly becoming similar to a smartphone or tablet in terms of usability and design.

There are a number of advantages for these mobile-based cash withdrawal; chief among these is the possible elimination of card skimming. It's also quicker for the customer, as pre-staging the transaction using a mobile can reduce the time spent at the ATM.
In terms of wider mobile-ATM integration, customers can also enjoy benefits like an ATM locator app using GPS to point them to their nearest machine.

It is always very challenging to accurately predict the future, particularly due to the uncertain economic and political environments in many regions globally at the time of writing! I do thowever think though that consumers will still want choice and be able to use a variety of payment methods to suit their circumstances. Cashless may become a reality in some regions, but financial inclusion and also the general ability for all access to cash to be used as a secure, trusted, familiar payment method means the ATM will likely be around for a long time to come.