Why Don’t ATM Operators in Japan Want to Give You Money? 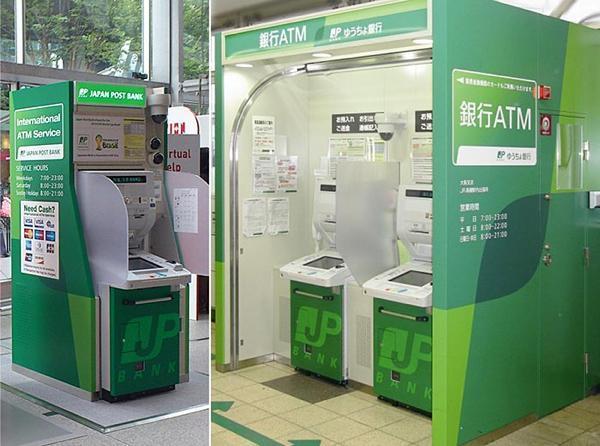 After several years of government pressure Japan’s three biggest banks are beginning to connect their ATM machines to the global network of ATM Operators. The banks resistance to globally connected ATMs has frustrated tourists short of yen. However, with the expected tourism boom from the 2020 Tokyo Olympics, the banks are examining their ATM operations.

Currently, foreign visitors to Japan find that their overseas cards are useable only at few banks such as the Seven Bank and Japan Post Bank.

Similar to its mobile phones Japan’s ATM machines are part of the Galapagos syndrome where technology advances isolated from the rest of the world because of a local market focus. Indeed, members of the three large banks cite cost considerations and the meager collection of foreigners visiting Japan as reasons for not changing.

Although Japan ranked 27th on the list of most popular tourist attractions in 2013, Prime Minister Shinzo Abe aspires to increase tourist travel to Japan. Making tourism a part of his growth strategy, he has set a goal of 20 million visitors a year by 2020. In 2014, there were 13.4 million visits after officials relaxed visa requirements and the yen sharply declined.

Sumitomo Mitsui Banking Corporation has plans to globally connect 1000 machines by early 2017 and Bank of Tokyo-Mitsubishi UFJ will start hooking up 1000 of its 8300 ATMs this year. Participating banks will have to upgrade software, improve security and enable existing ATMs to read foreign cards at an estimated cost of several billion yen.

The fact that bank ATM operators servicing domestic customers cost banks money is hardly motivating for banks which would rather see convenience stores take on the job. Nonetheless, as foreign travel to Japan increases and foreigners relocate to replace Japan’s aging workers, banks are encountering more pressure to broaden their choices of transactions.

In the meantime, here are some tips for visitors to Japan.

Or better yet, bring an ample supply of yen with you to avoid frustration. Outside of Tokyo, opportunities for finding a useable ATM or exchanging money are even less. Usually post banks in rural areas are a source of cash for foreign card-holders but many close early and are not open on weekends.