Hurry up with that EMV upgrade. Replacing debit cards with smartphones may be next! 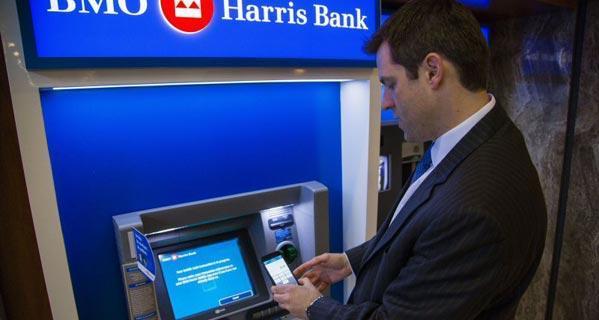 Just when you thought the latest round of upgrades to your ATM fleet were finished along comes the next big idea - ATM Cash using a Smartphone. Several banks in the US and Australia, and some pretty big players in the ATM manufacturing and transaction processing space have been testing - and rolling out - the latest ATM cash withdrawal technology. So... will your smartphone one day replace your ATM card?

Smartphones (and smart watches, and smart toasters) are popping up everywhere, and seem to be getting smarter (did you not see Terminator 2?) A constantly connected world with powerful technology at your fingertips lends itself to more and more creative ideas that can leverage those capabilities. You've heard the line - there's an app for that. Using a smartphone app and a mobile-ready ATM may be the next step in the evolution of ATM cash withdrawal.

Recently, BMO Harris Bank (Chicago) introduced a new mobile cash feature at 750 of its ATMs. If you are a customer, all you need is a Smartphone and an app and you can get cash even faster than using that "old-fashioned" debit card. Here's how it works: You download the Mobile Cash app (IOS or Android) and set it up with your secure login credentials. That's standard fare for any smartphone user. To perform a transaction you enter the amount you want to withdraw in the app, along with your pin number. You can do this while at the ATM or before you even get there. At the ATM you simply touch the Mobile Cash option on the screen. A familiar QR code appears which you then scan with your phone. The combination of your credentials on the phone, and the QR code at the ATM authenticates the transaction... and out comes your cash.

The benefits are already being touted. Replacing cards eliminates the problem of fraud through skimming. Scanning a QR code from a pre-staged transaction on your phone means the time it takes to get your cash can be as little as 15 seconds (down from a minute or more.) If your phone is lost - no problem. The app does not store any personal data or your account number. And since it is a smartphone and an app, upgrades and improvements can be expected and are easily delivered.

So what are the downsides? The number one downside is the cost and time for upgrading the ATMs and network connectivity infrastructure to accept the new technology. Banks and independent ATM deployers have their hands full meeting the latest deadlines converting to the new EMV cards. Not many have the bandwidth or the appetite for additional capex and conversion projects. For the consumer, in this early stage you may be limited to only those ATMs which are connected to your financial institution. And of course all those other places where you now use a card will still require that you carry a card. So a complete transition may be many years away.

In addition to BMO Harris Bank, similar technology is now available at financial institutions inside and outside the United States. Wintrust Financial (also Chicago based) has introduced this method at 200 of its ATM locations. Their offering is driven by FIS of Jacksonville, Florida, a technology powerhouse who says they have a dozen more financial institutions working to deliver similar functionality. NCR of Duluth, Georgia, a manufacturer of ATM equipment, has tossed their hat into the ring announcing they will be selling mobile cash capability as a feature on their new machines. The Commonwealth Bank of Australia and the Bank of Montreal in Canada have also successfully tested cardless ATM withdrawals. And finally, City National Bank of Las Vegas has introduced this innovative new technology in a town that runs on cash!

So, will your smartphone one day replace your ATM card? The odds-makers in Las Vegas will probably say it's a safe bet.