Mobile Phones Promise to Bring Banking to the World’s Poorest 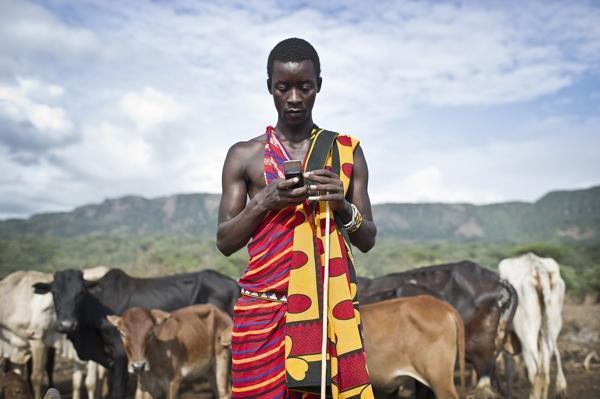 Roughly 2.5 billion people around the globe living on less than $2 per day are about to benefit from the power of banking brought to them on mobile phones.

For these people, many of whom live in rural and remote areas in Sub-Saharan Africa and Southern Asia, financial services and tools have always been little more than a dream. But thanks to the boom in mobile and digital technologies, that dream is becoming a reality.

In a new and soon-to-be-published body of rigorous research — reviewed and summarized by a group of my colleagues from the Bill & Melinda Gates Foundation, as well as scholars from Harvard, MIT, Dartmouth, and Yale — digital financial service innovations delivered over mobile devices are shown to provide the advantages of banking to people who have long been dismissively overlooked as “unbankable.” These services include the ability to deposit and withdraw their earnings, transfer money to friends and family, open and manage savings accounts, and insure their businesses. For populations living so far off the economic grid that traditional banks have never considered them as a source of new business, the availability of mobile technology is lifting the bane of cash dependency and opening a door to the mainstream of the global economy.

Consider, for example, a young working mother in the fast-growing mobile market of Pakistan. Because she is paid in cash and conducts all of her transactions in cash, she must travel to pay her bills for medical or child care in person. Doing so requires her to miss work, which taxes her time and strains her already low wages.

Or consider a farmer in Nigeria, another market where mobile is spreading rapidly. A string of healthy harvests over a few years have enabled him to escape poverty. But then a drought hits, and his crops fail. Without any insurance or the ability to receive an infusion of funds to sustain his household, the farmer and his family slip back into poverty.

Every few years, in fact, 10 to 30% of the world’s poorest people manage to escape poverty by finding steady work, starting businesses, or improving their agricultural harvests. The bad news, however, is that an equal percentage suffer a setback that plummets them back into the fiscal abyss.

Research shows that when poor people are given digital tools, their consumption increases and their lifestyles improve. Digital insurance products help farmers mitigate risk and the uncertain nature of agriculture, research has found, and in places where digital systems were used to transfer government funds to citizens, the government’s expenses were reduced and corruption declined. And for women, who in many countries have limited control over their resources, the services have been empowering – providing them with the ability to manage their financial assets with digital tools.

The evidence suggests that many of these financial service innovations are having a positive impact on the well-being of people in these markets. However, some services, such as the well-popularized microcredit financing, designed to grow small businesses, have not worked as well as anticipated. Furthermore, we have learned from reviewing the recent research that when it comes to digital financial tools, a one-size-fits-all approach does not work. Nonetheless, there are key products and innovative models, backed by research, which can serve as templates for continued experimentation.

In Kenya, for example, research found that eliminating enrollment fees for mobile-based savings accounts led to an increase in overall savings among users, and investment levels among financial services vendors increased as well. In Nepal, where female-headed households were offered a no-fee basic account along with a deposit collection service, uptake and usage was high and persistent, with 80% of households still using the account a year later. The savings accounts enabled households to respond better to health emergencies, and they spent 15% more on meat and fish and 20% more on education. Finally, in rural Malawi, where farmers used digital financial services to save more throughout the planting and harvests seasons, the amount of land that they cultivated increased by 7%, while crop output grew by 15%.

Another example is Bangladesh, where a company known as bKash has become one of the world’s most well-known mobile money providers. The opportunity is so fertile that the country’s national bank is now working on guidelines to encourage and enable new providers of digital financial services to also enter the market.

Likewise, in countries such as Nigeria and Pakistan, national agendas and initiatives are encouraging the private sector to view the unbanked through a new and promising prism – one in which they no longer see interminable poverty, but instead a vast population of future financial service customers.