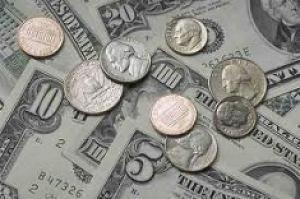 There's interesting news out of Ecuador. The government is planning to release a new digital currency, possibly as soon as late this year. Unlike Bitcoin and other existing digital currencies, this new version will be the first digital currency released by a national central bank as an official state currency.

Does this step indicate a "giant leap forward" for an all-digital monetary system, moving us even closer to a completely cashless society? While a total lack of cash may be somewhere in the future, we're not there yet. Not even close.

Want proof that physical currency is going to stick around? You've probably got evidence in your own wallet, or a cubbyhole in your car, collecting in a jar, or maybe jingling around in your pocket right now. Coins were first developed over 2,000 years ago, and we're still using them. If you showed a modern coin to a time-traveling Roman, it would be completely familiar to him -- right down to having a face on the front and national symbols on the back.

The convenience of digital payments means they're making big inroads into our lifestyles, but instead of replacing cash, they're becoming new options in addition to cash. There are still too many security questions around the use of digital payments, especially as we keep getting news stories about major security breaches at one large retailer after another. Even if the technology for a completely digital currency were absolutely secure, people aren't ready to trust it.

On the other hand, we have a long history with cash. It has its own set of problems, but we know how it works, and there are no signs we're giving it up any time soon.

Keeping Up With the Times

This makes the process of forecasting currency demand all the more complex. As spending habits change to include more types of cashless payments, the need for physical currencies shift as well. Smart currency supply chain software which can accurately keep up with the times is going to become more important, not less. Banks, armored delivery services, retailers, and every part of the currency supply chain need accurate monitoring of cash flows and developing trends, enabling the efficient delivery of the right currency where and when it's needed.

Digital currencies may become increasingly important in the years (probably decades) ahead. In the meantime, hard currency isn't going anywhere. Making the currency supply chain more efficient and reducing costs for handling and transporting money is as relevant as ever.