NEW YORK (Reuters) - Wall Street’s three major indexes staged a comeback to close around 1 percent higher on Wednesday as investors turned their focus to earnings and away from a trade conflict between the United States and China that wreaked havoc in earlier trading.

Traders react as they work on the floor of the New York Stock Exchange shortly after the opening bell in New York, U.S., April 4, 2018. REUTERS/Lucas Jackson

After investors fled equities in the morning due to proposed retaliatory tariffs from China, their concerns about a potential trade war eased by the afternoon after Trump’s top economic adviser Larry Kudlow said the administration was in a “negotiation” with China rather than a trade war.

Investors said they were comforted by the fact that any tariffs would not take effect immediately, if at all. Strategists also cited the S&P’s bounce above a key technical support level and said they expect equities to rise further around the first quarter earnings season, due to start in mid-April.

“We’re starting to feel that while markets hate uncertainty, Trump’s bark is worse than his bite when it comes to trade,” said Robert Phipps, a director at Per Stirling Capital Management in Austin, Texas.

“It’s earnings that’s going to lift us off this bottom. It wouldn’t shock me if we chopped around sideways for a little bit before earnings season ... The trade stuff is really a side show. We’re waiting for real economic data like the jobs report Friday and for earnings. For now it’s going to be all about the technicals,” he said. 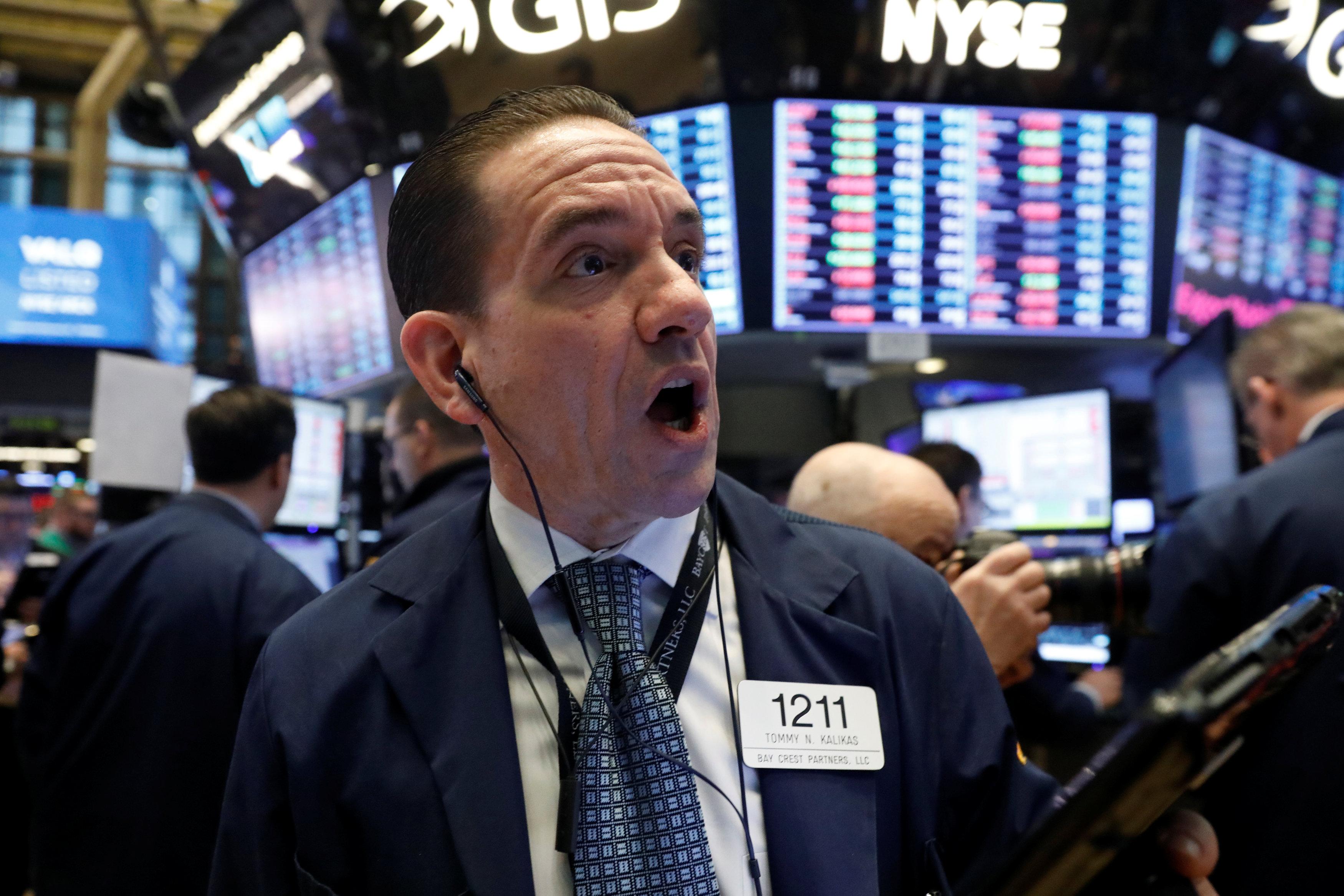 The S&P opened below its 200-day moving average, a key technical level, but inched above it as the session progressed, and by afternoon was in positive territory.

The turnaround marked the first time the S&P had showed gains for two consecutive days since early March.

Despite big swings in stocks, trading activity in U.S. equity options was muted as expectations for strong corporate earnings quelled the urge to load up on contracts that benefit from a surge in market volatility. The Cboe Volatility Index .VIX, the most widely followed barometer of expected near-term volatility for the S&P 500, closed down 1.04 points at 20.06.

The technology sector .SPLRCT rose 1.4 percent with only two of its stocks ending the day in negative territory including Facebook Inc (FB.O), which was pummeled after news its chief executive would testify in Congress over a data privacy scandal. It too closed well off its session low with a 0.6 percent drop to $155.10.

Boeing (BA.N) was the biggest drag on the Dow due to