Shares opened at $165.90, up nearly 26 percent from a reference price of $132 a share set by the on the New York Stock Exchange late on Monday.

Spotify’s unusual route to publicly trading its shares via a direct listing rather than a more usual initial public offering will likely be watched by other companies tempted to list without selling new shares, and by bankers that could lose out on millions of dollars in future underwriting fees.

Some 14 million shares had changed hands within an hour after trading began on Tuesday. Nearly 91 percent of Spotify’s 178 million shares were tradable, a much higher percentage than typical in a traditional IPO.

Some market-watchers cautioned investors not to read too much into the first-day pop, given the mixed performance of recent tech IPOs.

Spotify’s debut came on the heels of a steep U.S. equity selloff led by tech stocks, although the market had found firmer footing at midday on Tuesday.

“It’s a fair market price. It’s not manipulated or set by any puts and takes by banks or institutional investors,” said Chi-Hua Chien, an early investor in Spotify who is now at San Mateo, California-based Goodwater Capital.

The NYSE had set Spotify’s reference price late on Monday, giving an early estimate of the level at which supply and demand could be balanced.

That was in line with informal trading on Monday, with shares changing hands at about $132, which would value the company at more than $23 billion. 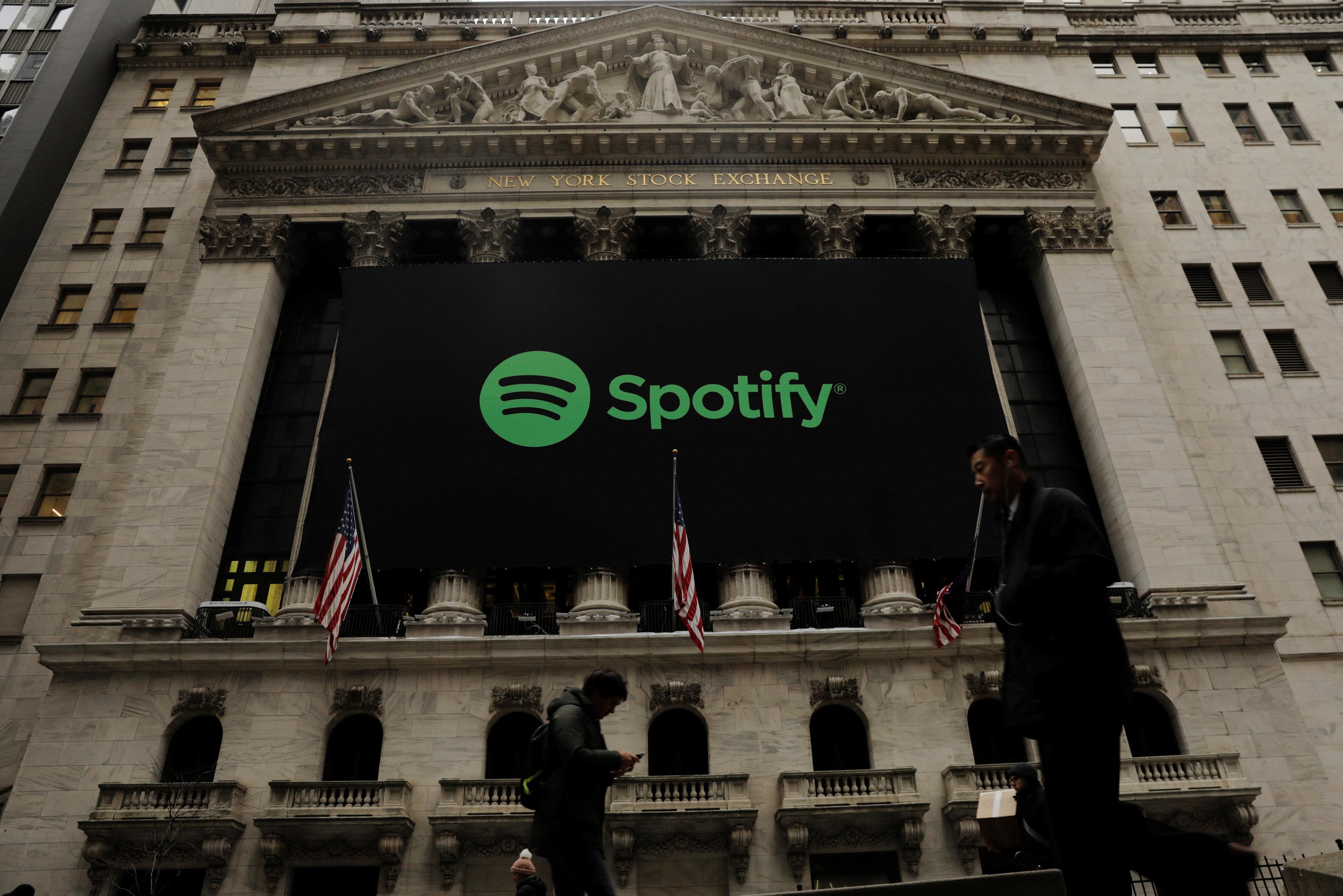 Since launching its streaming music service a decade ago, the Stockholm-founded company has overcome heavy resistance from big record labels and some major music artists to transform how the industry makes money.

Spotify offers access to vast libraries of music rather than making users pay for CDs or downloads of individual albums or tracks.

The company has structured the listing to allow existing investors to sell directly to the public while offering no new shares of its own.

Analysts had flagged concerns that forgoing hiring investment banks as underwriters or holding traditional promotional events with institutional investors could mean volatility in Spotify shares once formal trading kicked off.

Spotify’s opening public price was determined by buy and sell orders collected by the NYSE from broker-dealers.

Based on those orders, the price was set based on a designated market maker’s determination of where buy orders could be matched with sell orders.

While Chief Executive Daniel Ek skipped NYSE rituals such as opening bell-ringing and trading floor interviews to tout the stock, the front of the 115-year-old Greek Revival exchange building was draped in a vast green-and-black Spotify banner.