WARSAW (Reuters) - Poland signed the largest weapons procurement deal in its history on Wednesday, agreeing with the United States to buy Raytheon Co’s Patriot missile defense system for $4.75 billion as it modernizes its forces to face a bolder Russia.

“It is an extraordinary, historic moment; it is Poland’s introduction into a whole new world of state-of-the-art technology, modern weaponry, and defensive means,” Poland’s President Andrzej Duda said during the signing ceremony.

NATO member Poland has sped up efforts to overhaul its armory following Russia’s annexation of Ukraine’s Crimea peninsula in 2014 and Moscow’s renewed military and political assertiveness in the region. Two-thirds of Polish weaponry dates from the era when the country was in the Moscow-led Warsaw Pact.

The Patriot deal comes as a relief for Poland which remains in tense relations with Washington, its main NATO ally, over a bill that Warsaw introduced in January to impose jail terms for any suggestion of Poland’s complicity in the Holocaust. 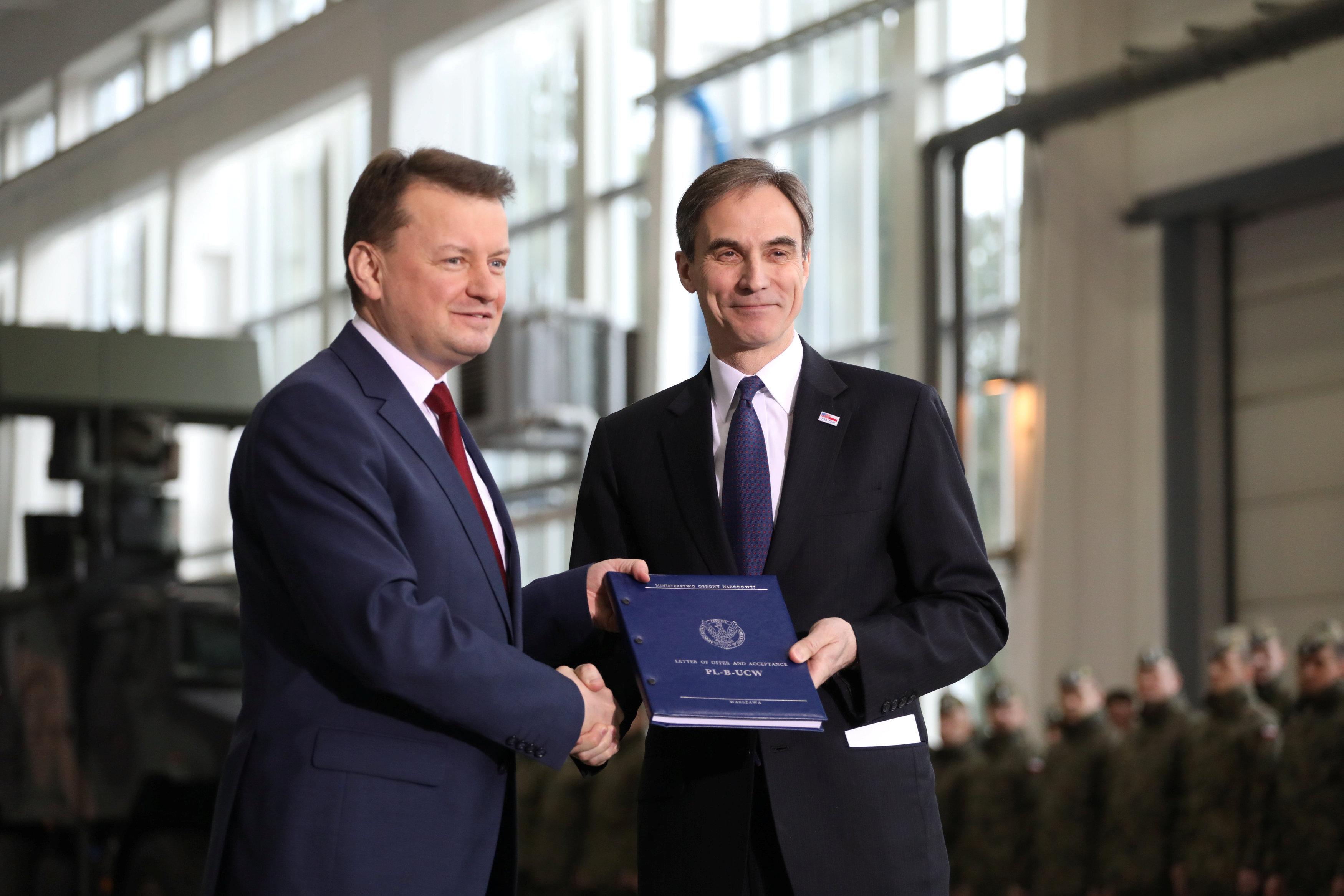 The Wednesday deal is for four Patriot fire units, and Warsaw is negotiating with Washington to buy more Patriot systems, a new 360-degree radar and a low-cost interceptor missile as part of a second phase of development.

“We do expect that Poland will move pretty quickly with Phase II. They have a stated desire to complete that by the end of the year,” Wes Kremer, president of Raytheon Integrated Defense Systems, told Reuters in a telephone interview ahead of the signing.

The deal will allow Poland to conduct air and missile defense operations with NATO allies the Netherlands, Germany, Spain and Greece, which already have the Patriot systems, U.S. State Department officials have said.