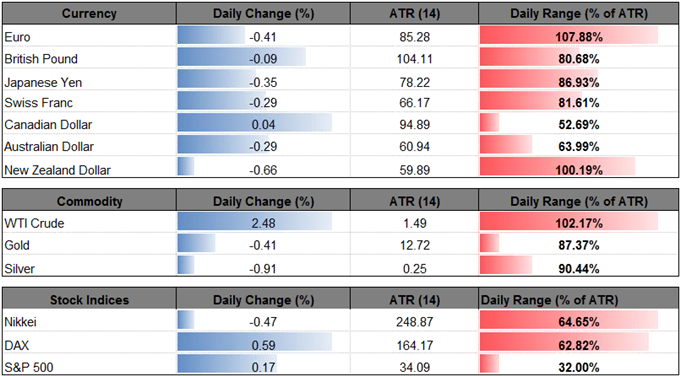 GBP/USD pares the advance from earlier this week as the U.K. Consumer Price Index (CPI)[2] slows more-than-expected in February, and the pound-dollar[3] exchange rate may continue to consolidate ahead of the Bank of England (BoE) meeting on March 22 as signs of easing inflation dampen bets for an imminent rate-hike.

The downtick in the headline and core rate of inflation may encourage the Monetary Policy Committee (MPC) to keep the benchmark interest rate at 0.50% as ‘developments regarding the United Kingdom’s withdrawal from the European Union – and in particular the reaction of households, businesses and asset prices to them – remain the most significant influence on, and source of uncertainty about, the economic outlook,’ and more of the same from Mark Carney and Co. may generate a bearish reaction in the British Pound[4] as market participants scale back expectations for a BoE rate-hike in the first-half of 2018.

However, GBP/USD may face a more bullish fate ahead of the BoE as the Jobless Claims report is anticipated to show an uptick in Average Weekly Earnings, and the BoE may largely reiterate that ‘were the economy to evolve broadly in line with the February Inflation Report projections, monetary policy would need to be tightened somewhat earlier and by a somewhat greater extent over the forecast period than anticipated at the time of the November Report, in order to return inflation sustainably to the target.’ In turn, the MPC may continue to prepare U.K. households and businesses for higher borrowing-costs, and a batch of hawkish rhetoric may fuel the advance from earlier this month especially as the pound-dollar exchange rate breaks out of a near-term holding pattern and looks to extend the upward trend carried over from late last year. 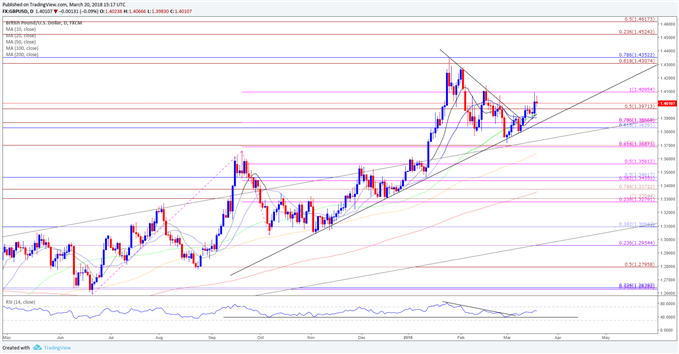