Still, UK price growth readings have tended to outshine consensus forecasts for over a year, hinting that analysts’ models are stubbornly underestimating inflationary pressure. This warns of an upside surprise that might stoke BOE rate hike bets, allowing the British Pound to extend yesterday’s advance[2]. The proximity of Thursday’s MPC policy announcement[3] might limit follow-through however.

Comments from the second day of the G20 finance ministers and central bank governors meeting in Buenos Aires may also be of note. Pushback against the recent hike in US steel and aluminum tariffs has already emerged[4]. Signs of further discord might feed global trade war jitters, crimping risk appetite across financial markets and reviving binary risk on/off trade dynamics[5].

Rates-sensitive FX at both ends of the G10 spectrum underperformed in Asia Pacific trade. That sent the higher-yielding Australian and New Zealand Dollars lower alongside funding currencies like the Japanese Yen[6] and the Swiss Franc[7]. The move may mark continued pre-positioning ahead of Wednesday’s FOMC[8] policy announcement, which traders fret may mark acceleration of the rate hike cycle[9].

See our free guide to learn how you can use economic news in your FX trading strategy[10]! 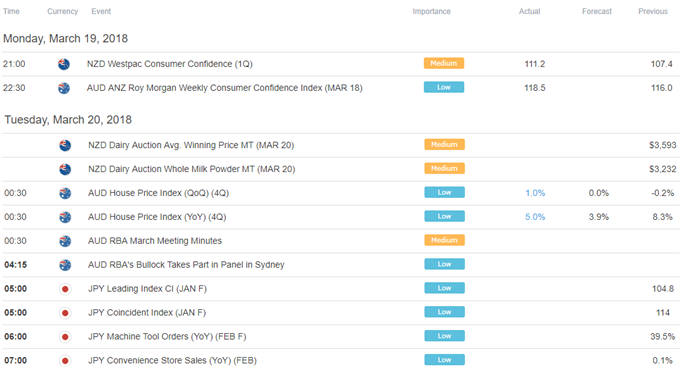 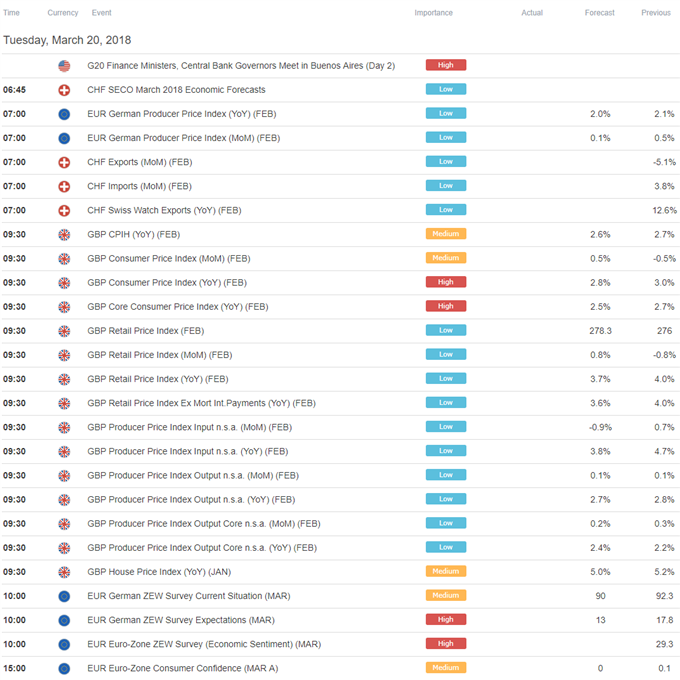