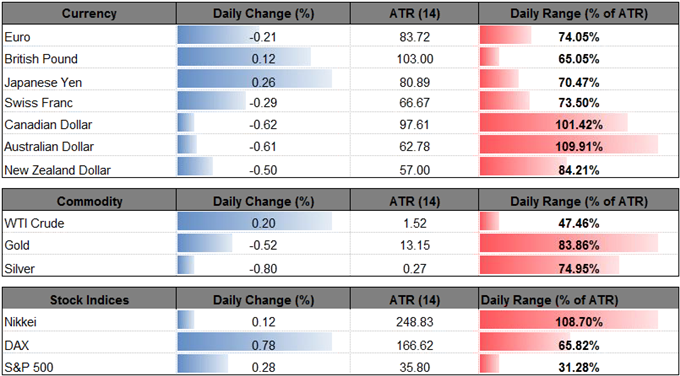 The near-term rebound in USD/JPY unravels even as Bank of Japan (BoJ) Governor Haruhiko Kuroda continues to strike a dovish tone in front of lawmakers, and the pair appears to be on track to test the monthly-low (105.25) as it carves a fresh series of lower highs & lows.

The fresh remarks coming out of the BoJ suggest the central bank is in no rush to wind down its Quantitative/Qualitative Easing (QQE) Program with Yield-Curve Control as ‘many members expressed the view that, as there was still a long way to go to achieve the price stability target of 2 percent, it was necessary to maintain the current highly accommodative financial conditions.’ As a result, Governor Kuroda and Co. may stick to its wait-and-see approach at the next rate decision on April 27, but the BoJ may have little choice but to gradually alter the monetary policy outlook over the coming months as the central bank anticipated inflation to hit the 2% target in fiscal-year 2019.

Recent price action suggests the rebound from the 2018-low (105.25) has run its course following the failed attempt to close above the 106.70 (38.2% retracement) to 107.20 (61.8% retracement) region, while the Relative Strength Index (RSI) fails to break out of the bearish formation carried over from last year and now sits on trendline support. 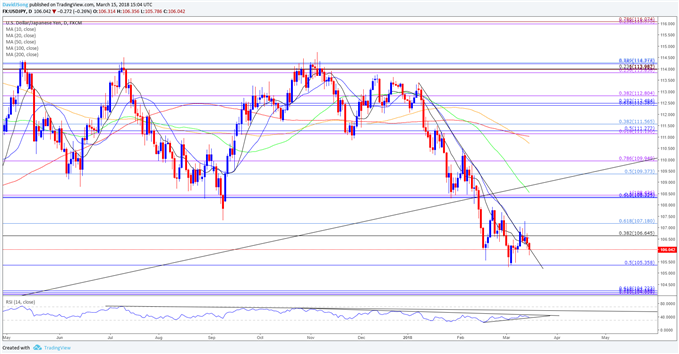 AUD/USD snaps the bullish sequence from earlier this week, with the failed attempt to test the February-high (0.7989) raising the risk for a larger pullback as market attention turns to the Federal Open Market Committee (FOMC) interest rate decision on March 21.

The limited reaction to the slew of mixed U.S. data prints from earlier today suggest the figures will do little to alter the monetary policy outlook, and Chairman Jerome Powell and Co. may largely endorse a hawkish outlook for monetary policy as the central bank appears to be following a similar path to 2017. 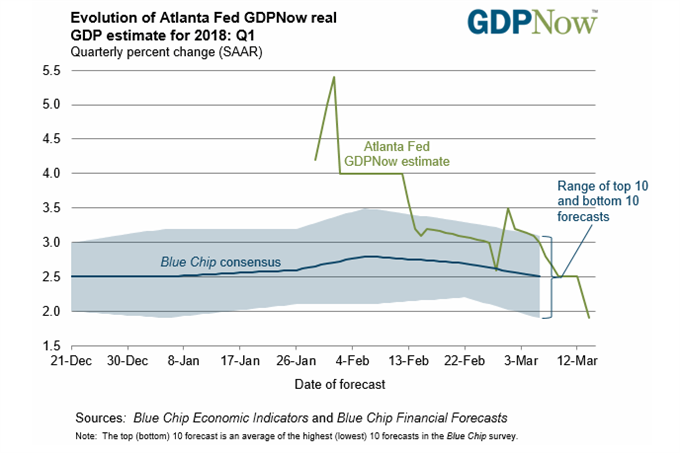