The Japanese Yen[2] underperformed in Asia Pacific trade. A status-quo BOJ monetary policy announcement[3] barely registered, with the anti-risk currency falling as markets celebrated the sudden possibility of an accord between North Korea and the United States.

South Korea’s National Security Council chief Chung Eui-yong said Kim Jong Un is now committed to denuclearization and will not conduct further arms tests. The has also agreed to a summit with US President Donald Trump to iron out the two country’s differences.

Mr Trump also unveiled an increase in steel and aluminum tariffs that proved significantly more benign than many feared. Canada and Mexico were exempted as NAFTA renegotiation continues and other ally nations were given “at least 15 days” to lobby for and strike a deal on a reprieve.

Looking ahead, February’s US employment data is firmly in the spotlight. With a good deal of immediate political risk now off the table, the Fed rate hike path may once again become the central object of speculation, with wage growth statistics likely to take on particular significance.

Last month, average hourly earnings unexpectedly grew at an impressive 2.9 percent on-year, the fastest in almost a decade. That stoked fears of faster tightening than markets had accounted for, sinking risky assets and pushing the US Dollar upward. Survey data hints at more of the same this time around.

See our free guide to learn how to use economic news in your trading strategy[4]! 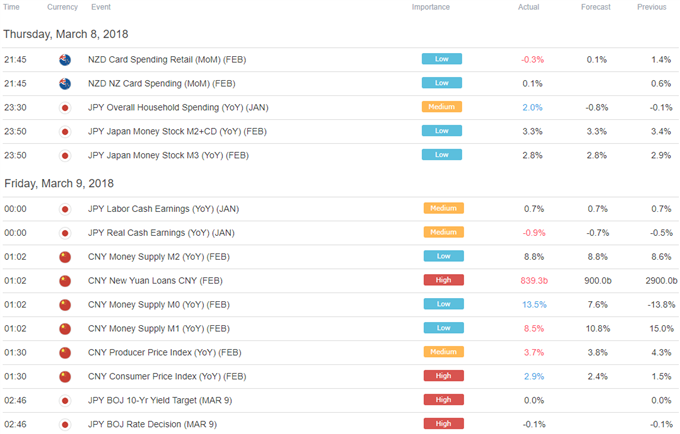 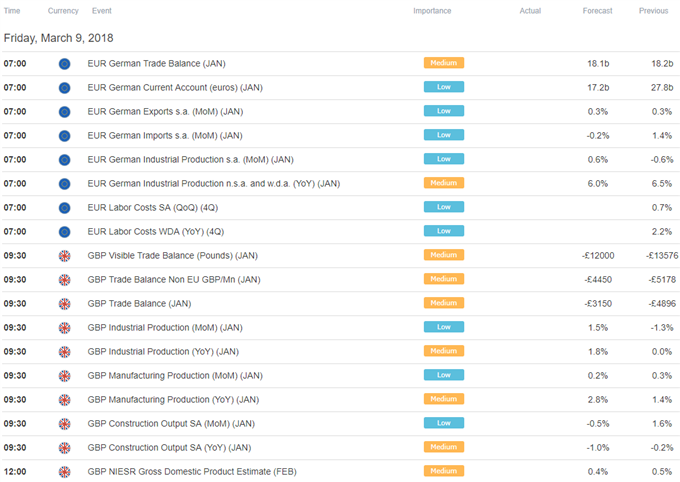