Euro May Fall as the ECB Disappoints, Trump to Trigger Tariffs

All eyes are on the ECB monetary policy decision in European trading hours. While no changes are expected this time around, financial markets are looking for official rhetoric to signal that the end of the QE asset purchase scheme is on the horizon.

The current €30 billion/month version expires in September. It may be recast at a slower pace as investors are gradually weaned off policy support. A more aggressive path would see this “tapering” occur sooner, such that September marks the program’s termination.

In fact, it seems most likely that no such hawkish policy pivot will materialize. The ECB surely appreciates that last year’s surging Euro will now translate into lower inflation. It may also be acutely aware that any tightening signal would send the currency still higher, undermining its objectives further.

With that in mind, President Mario Draghi and company might be setting up the markets for a disappointment. If so, rhetoric suggesting the Governing Council is in no hurry to dial back stimulus coupled with a downgrade of official inflation forecasts will probably prove painful for the single currency.

The newswires attributed the burst of optimism to comments from the White House hinting that President Trump might exclude NAFTA countries from the proposed hike in steel and aluminum tariffs. Reports suggest these will be activated by 20:30 GMT today.

That seems like a paltry gesture, particularly as EU officials threaten retaliation and Chinese policymakers are vocally displeased. This may metastasize into an all-out trade war, an outcome that might severely hurt global growth. The markets’ sensitivity to headline risk still made for a reversal though (as expected[5]).

Having trouble with your strategy? See the #1 mistake that traders make[6] and learn how to avoid it! 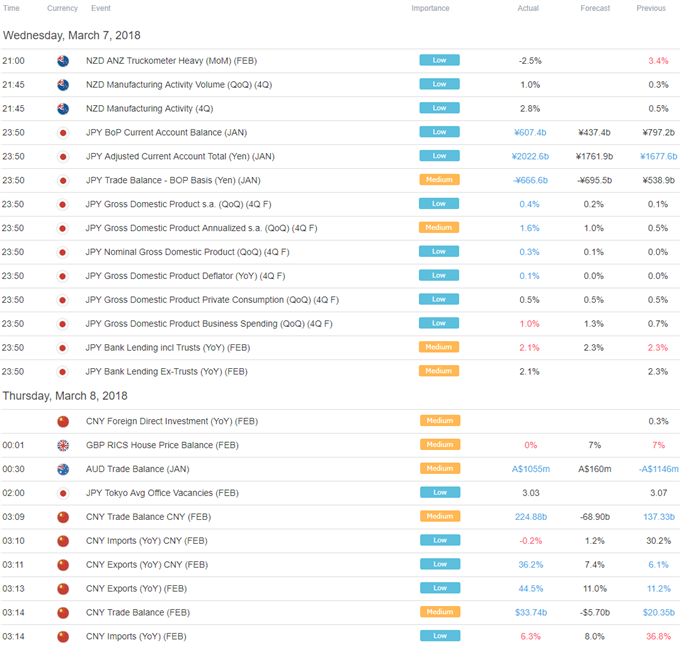