The U.S. Dollar[1] is back on offense with the greenback stronger against all its major counterparts this week. USD/CHF has broken through near-term resistance after reversing off support last week with our outlook weighted to the topside while above the weekly open. 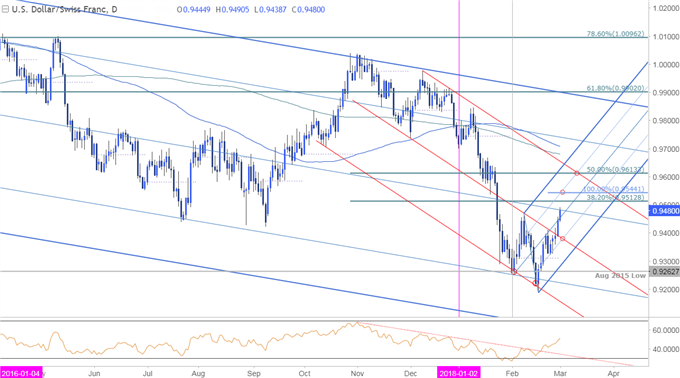 Technical Outlook: The Swiss Franc[2] has been under considerable pressure (USDCHF higher) since rebounding off the lower parallel of this slope formation extending off the December high (red). The advance has continued to trade within the confines of a well-defined ascending pitchfork formation[3] extending off the yearly lows with the rally surpassing the median-line today in US trade.

The focus remains higher while above highlighted confluence slope support around ~9380 with initial topside objectives eyed at 9513, the 100% extension at 9544 and the 50% retracement at 9613.

New to Forex[4] Trading? Get started with this Free Beginners Guide[5] 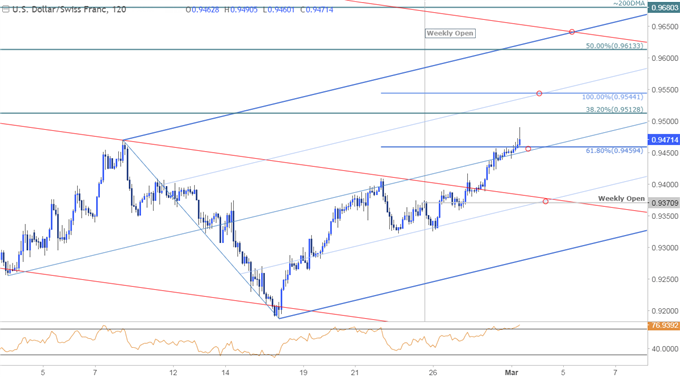 Notes: A closer look at Swissy price action sees the pair breaking above near-term resistance today at 9459- the immediate advance remains viable while above this threshold with near-term bullish invalidation set to the weekly open at 9371.

Why does the average trader lose? Avoid these Mistakes in your trading[6]

Bottom line: Price just broke though near-term uptrend resistance and keeps the focus higher while within this formation. We're likely to get some pullback here as momentum drifts into overbought territory but from a trading standpoint, I’ll favor fading weakness while above 9371 targeting the upper parallels[7]. A break below this level would invalidate the long-bias with such a scenario risking a drop toward the lower parallel, currently just below 9300.

For a complete breakdown of Michael’s trading strategy, review his Foundations of Technical Analysis series on Building a Trading Strategy[8]. 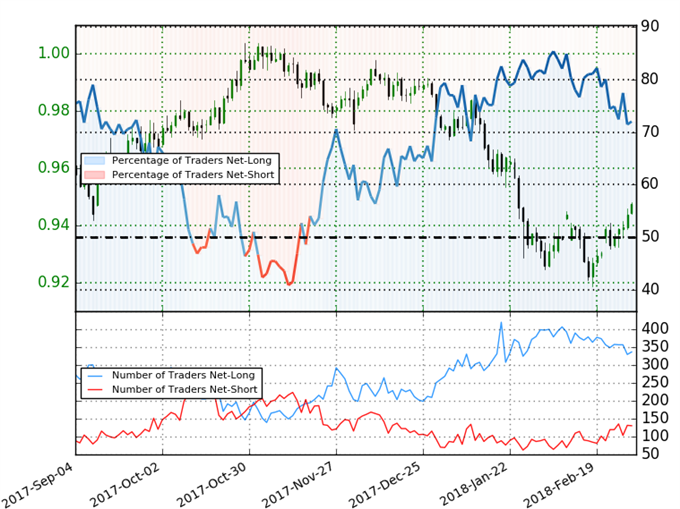 Other Setups in Play