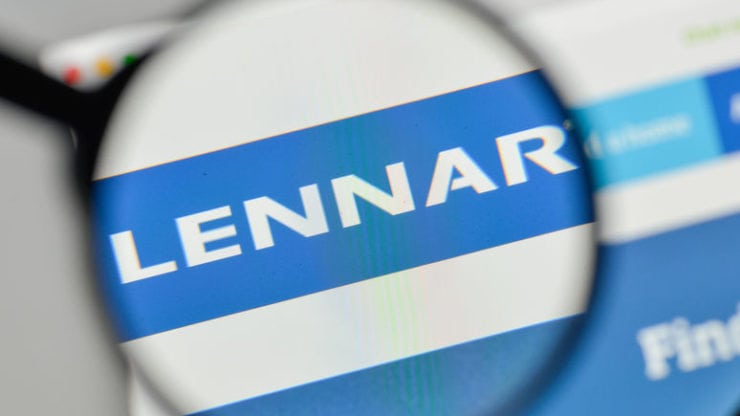 The U.S. housing market has recovered sharply in recent months as the government eased COVID-19 restrictions. In July, U.S. homebuilding posted a record growth since 2016.

Shares of the company were reported about 4% down in extended trading on Tuesday. At £58.79 per share, Lennar has gained roughly 40% in 2020 so far. Here’s what you should know about how to invest in the stock market.

According to Lennar, orders posted a 16.4% growth in the fiscal third quarter to 15,563 homes. At 13,842, the company sold more houses in the recent quarter versus the year-ago figure of 13,552 homes. Lennar also highlighted in its report on Monday that average selling price for homes climbed from £305 thousand in the comparable quarter of last year, to £307 thousand in Q3.

Executive Chairman Stuart Miller of Lennar Corporation commented on the earnings report on Monday and said:

“Fundamentals in the housing market continues to remain strong supported by record-low interest rates and a continued undersupply of new and existing inventory.”

Lennar reported £516.49 million of net earnings in the quarter that concluded on 31st August, that translates to £1.64 per share. In the same quarter last year, its net earnings were recorded at a lower £397.91 million or £1.23 a share.

Its gross margin, the Miami-based company said, jumped from 20.4% last year to 23.1% in the fiscal third quarter. In terms of revenue, the increase, as per