USD/JPY pares the advance from earlier this week even as the Bank of Japan (BoJ) endorses a dovish forward guidance for monetary policy, and the dollar-yen[1] exchange rate may attempt to fill the gap from the start of the week as it snaps the recent series of higher highs & lows. 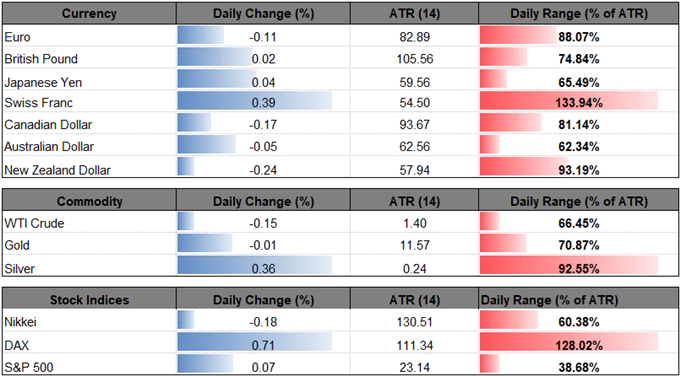 USD/JPY pullback from a fresh monthly-high (111.40) even as BoJ Governor Haruhiko Kuroda pledges to retain the Quantitative/Qualitative Easing (QQE) Program with Yield-Curve for the foreseeable future, and the pair appears to be reacting to the recent comments from Federal Reserve officials as market participants digest the less hawkish rhetoric coming out of the central bank.

In light of the remarks from Atlanta Fed President Raphael Bostic[2], Philadelphia Fed President Patrick Harker struck a similar tone, with the official largely talking down expectations for an extended hiking-cycle amid the lack of ‘rapid acceleration in inflation, or even signs of it.’ In turn, the Federal Open Market Committee[3] (FOMC) Minutes may also do little to alter the monetary policy outlook, and more of the same from Chairman Jerome Powell and Co. may drag on the U.S. dollar[4] as it curbs bets for four rate-hikes in 2018.

Keep in mind, the near-term outlook for USD/JPY remains constructive as both price and the Relative Strength Index (RSI) extend the upward trends from earlier this year, but recent price action raises the risk for a larger pullback in dollar-yen as the pair fails to extend the bullish series carried over from the previous week. With that said, the RSI may flash a