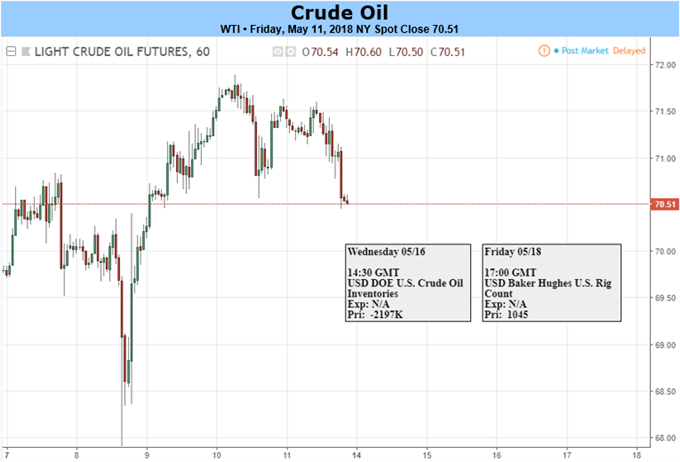 As crude oil booked another weekly gain on renewed Iran sanctions that helped breed supply shock concerns. Crude oil traded to the highest levels since November 2014 on both WTI & the global benchmark, Brent at $71.89 and $78/bbl respectively.

Higher for Longer? The Likely Reality for Crude

Early last month, I quoted the chief economist of the IEA who said crude bulls should be careful what they wish for because they just might get it. It is higher prices and looking down the swap curve through 2022 after Trump’s withdraw from the Iran