TORONTO (Reuters) - Canada’s stock market, the world’s sixth-largest, abruptly shut down on Friday after an outage cut market participants off the main exchanges but will resume trading on Monday after resolving “internal technical issues,” the exchange operator said.

A darkened television studio is seen at the offices of TMX Group, which operates the Toronto Stock Exchange, after the company announced it was shutting down all markets for the rest of the day after experiencing issues with trading on all its exchange platforms in Toronto, Ontario, Canada April 27, 2018. REUTERS/Chris Helgren

TMX Group Ltd (X.TO), which operates the main Toronto Stock Exchange and smaller trading platforms around Canada, said in a series of Tweets that all users had been “equally impacted and are unable to connect to our exchanges” and it decided to shut down markets for the remainder of the day.

The operator said it had identified the issue and was working to fix it, adding that trading would resume at its regular hour next week.

The outage was not due to “a hack,” a Toronto Stock Exchange spokesman said.

Shutdowns are rare occurrences because exchanges typically have back-up systems that quickly come online when there is a technical failure.

The Toronto Stock Exchange’s last major outage occurred nearly a decade ago, when a system fault linked to data feeds shut down trading for a full day in 2008, including on the small-cap TSX Venture Exchange. 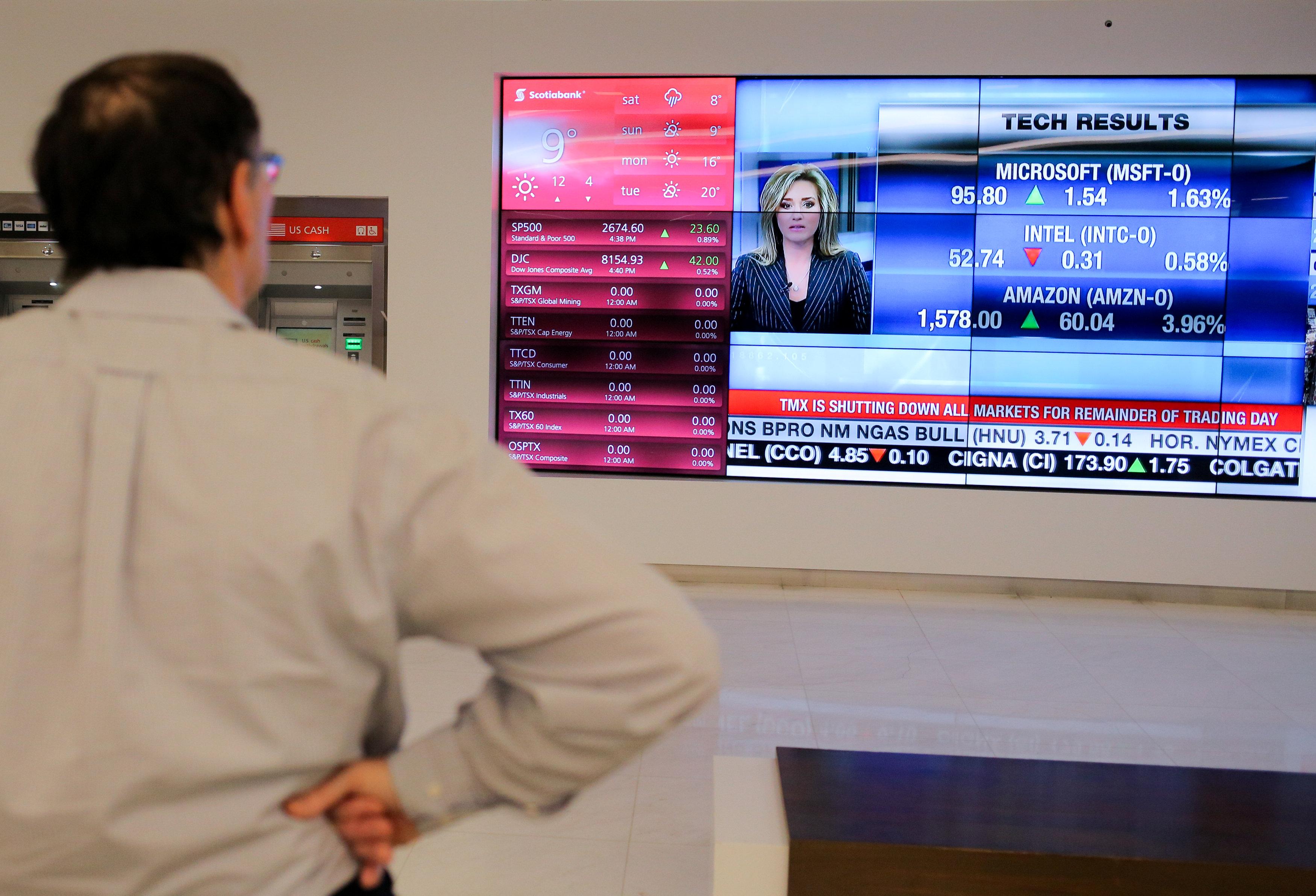 “In true Canadian fashion, most traders declared ‘beer o’clock’ when they saw that the TMX was closed,” said Karl Schamotta, director of global product and market strategy at Cambridge Global Payments. “It certainly appears to be a technical glitch but there does not seem to be a lot of information