BERLIN (Reuters) - Hundreds of Amazon (AMZN.O) workers blew whistles and banged drums on Tuesday to protest against the presentation of a German award to Jeff Bezos, the ecommerce firm’s chief executive.

Police estimated that about 450 members of trade union Verdi gathered outside the headquarters of the media company Axel Springer (SPRGn.DE), where Bezos was to receive an award at a glitzy ceremony attended by German politicians and celebrities.

“We have an Amazon boss who wants to Americanise work relationships and take us back to the 19th century,” Verdi leader Frank Bsirske told the crowd of Amazon workers, some carrying placards reading “Make Amazon pay”. 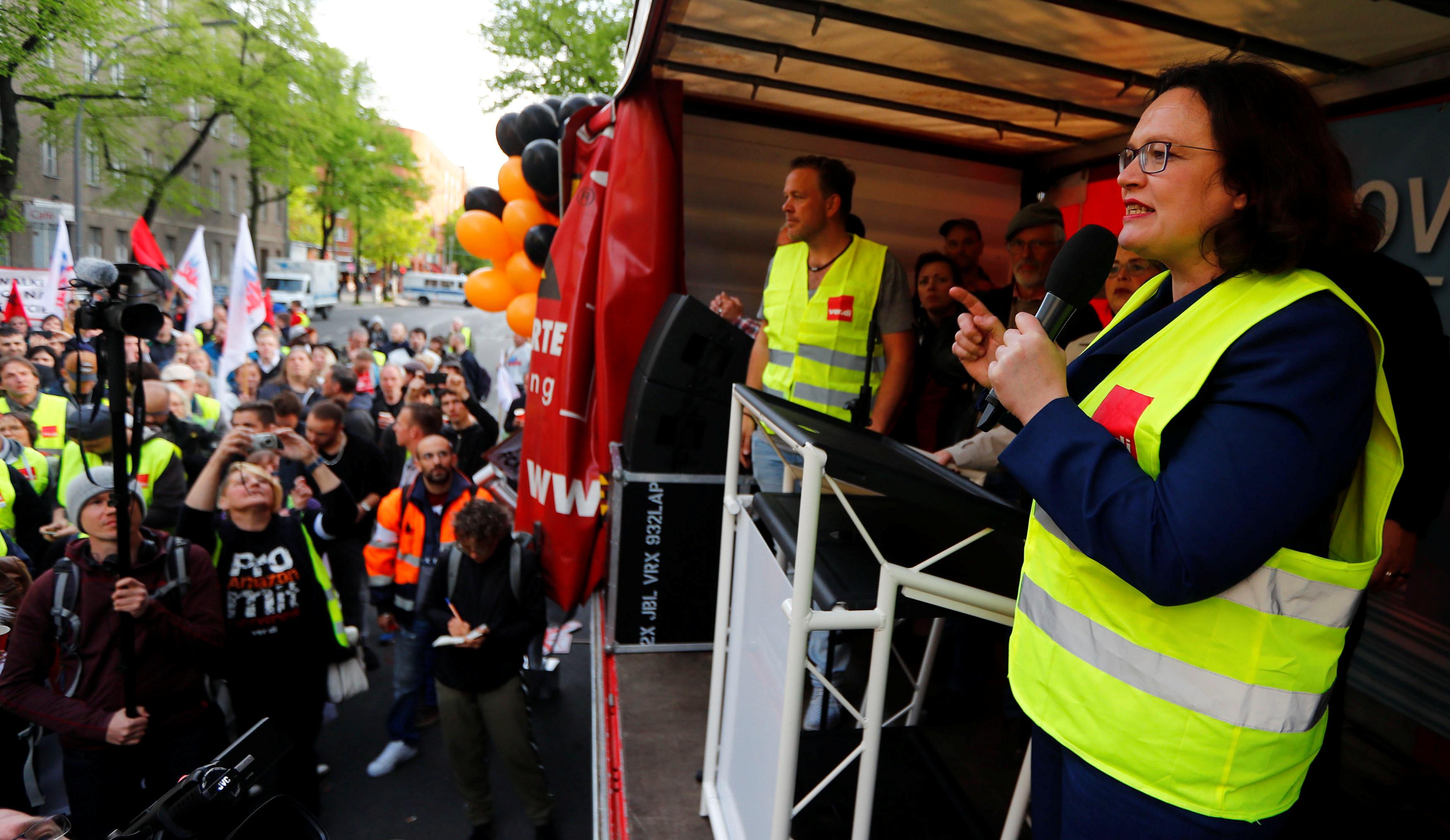 Verdi has organized frequent strikes at Amazon in Germany since May 2013 to press demands for the retailer to raise pay for warehouse workers in accordance with collective bargaining agreements in Germany’s mail order and retail industry.

Earlier on Tuesday, Andrea Nahles, the leader of Germany’s Social Democrats, the junior partners in Chancellor Angela Merkel’s government, also hit out at Amazon, calling it a “world champion in tax evasion” and criticizing warehouse working conditions. “That should not earn a prize,” Nahles said.

Amazon has repeatedly rejected Verdi’s demands, saying it believes warehouse staff should be paid in line with competitors in the logistics sector, not as retail staff.

An Amazon spokesman said on Tuesday: “Amazon provides a safe and positive workplace for thousands of people across Germany with competitive pay and benefits from day one.”