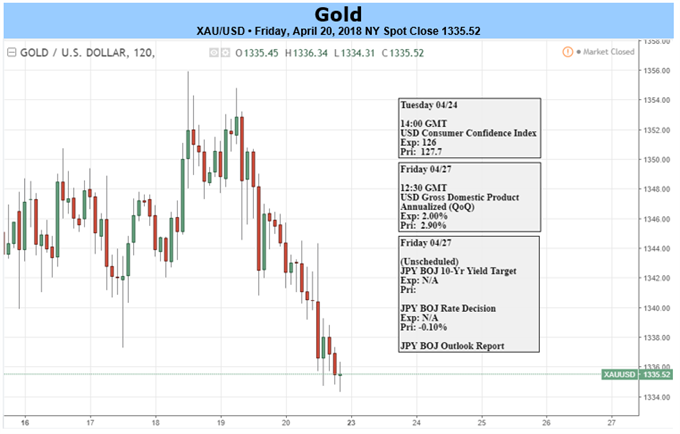 Still no sign a breakout for Gold with prices inching lower by 0.5% for the week, marking the 1st weekly decline since late March. Renewed buying for the DXY[2] as US treasury yields pick and easing geopolitical tensions see the precious metal failing to hold above $1350 yet again in what has been another rangebound week.

The recovery in the USD-index has begun to pick up the pace, testing the psychological 90.00 level amid the rise in US treasury yields with the 10Y hitting highs of 2.94%, subsequently denting the appeal of the non-interest yielding bullion. The continued rise in global commodity price index (led by oil[3] and aluminum), alongside rising price pressures (Philly Fed prices paid highest since 2011) in the US economy have thus raised inflation expectations, consequently steepening the priced-in Federal Reserve rate hike view. According to the latest CME FedWatch, markets are pricing in a near 44% chance of a further 3 rate hikes by the end of the year. 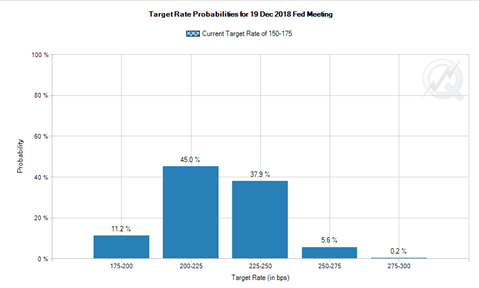 Easing geopolitical tensions sapped demand from the safe-haven asset with newsflow regarding the latest in Syria on the quiet side, while reports that North Korea are willing to listen to calls of denuclearization on the Korean Peninsula.