New York's 'Fearless Girl' to stare down the Stock Exchange

NEW YORK (Reuters) - The bronze statue of a little girl that became a tourism phenomenon by staring down Wall Street’s massive “Charging Bull” sculpture is to be moved to a nearby spot where its stern gaze will be on the male-dominated New York Stock Exchange, city officials said on Thursday.

A girl poses with the 'Fearless Girl' statue on Broadway in the Financial District of Manhattan in New York City, U.S., April 19, 2018. REUTERS/Brendan McDermid

“Fearless Girl,” whose message is for a bigger role for women in corporate America and whose appearance in lower Manhattan on the eve of International Women’s Day last year sparked a social media sensation, will be moved by the end of 2018, officials said.

“She is a powerful symbol of the need for change at the highest levels of corporate America — and she will become a durable part of our city’s civic life,” Mayor Bill de Blasio said in a statement.

Although the diminutive 50-inch (127-cm) statue was originally intended to be planted in front of the “Charging Bull” for only a week in March 2017, the city extended its stay by another 11 months after an outpouring of support. 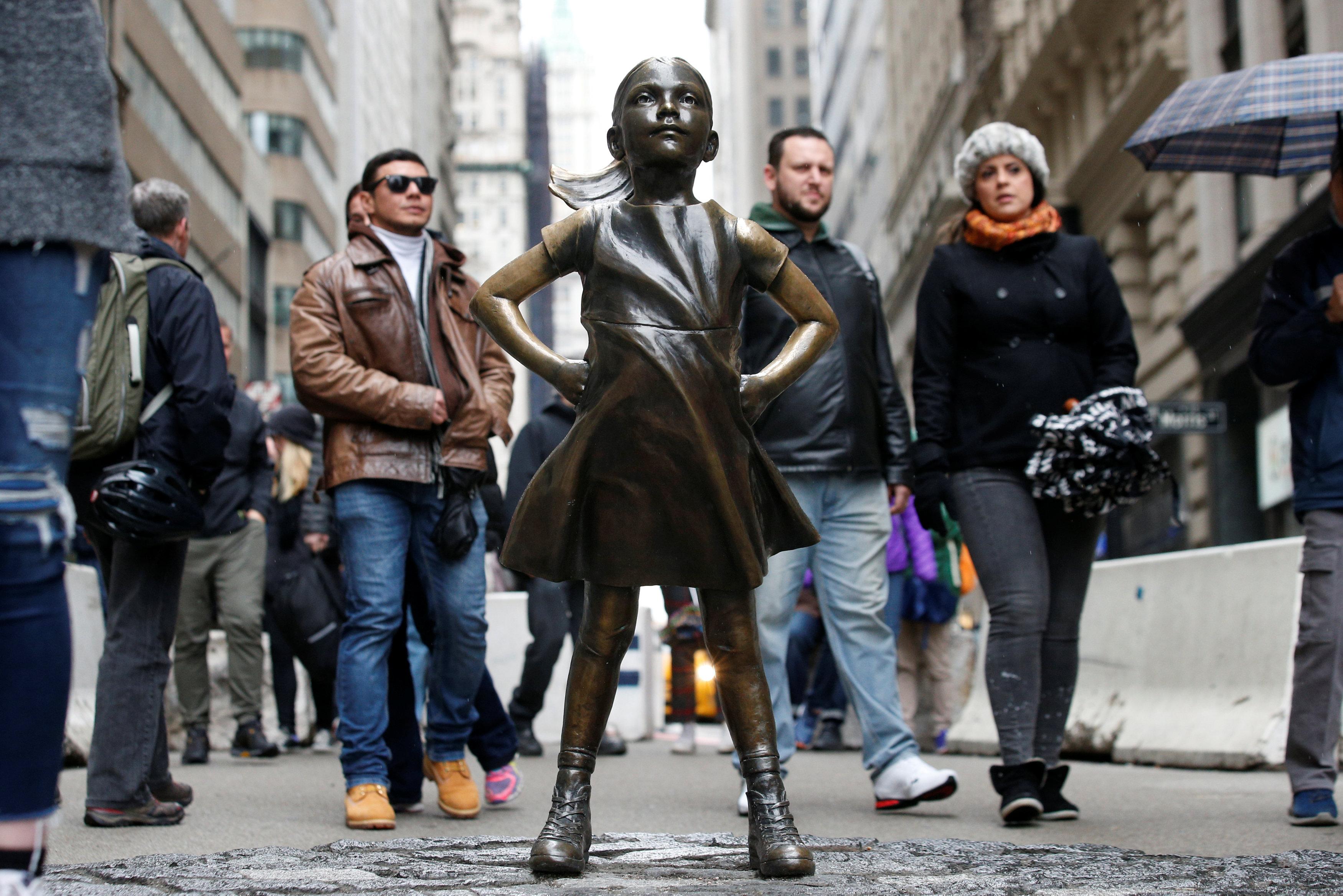 The planned move, which officials said was prompted in part by traffic safety concerns, will place “Fearless Girl” in a pedestrian-only area at the corner of Wall and Broad Streets, the site of George Washington’s inauguration in 1789 as the country’s first president, where it will face the NYSE.

“We eagerly await the arrival of Fearless Girl to her fitting new home, standing her ground and training her unblinking eyes on our engine of progress and free enterprise,” NYSE President Thomas Farley said in a statement.

The statue was originally part of