Starbucks' Schultz steps in as outrage over cafe arrests simmers

LOS ANGELES (Reuters) - Starbucks Corp (SBUX.O) turned to long-time leader Howard Schultz on Wednesday to make the case that the U.S. coffee chain accused of racial profiling is committed to offering a “safe space” to customers despite the arrest of two black men in one of its Philadelphia cafes.

Closing 8,000 company-owned cafes on the afternoon of May 29 “to do significant training with our people is just the beginning of what we will do to transform the way we do business and educate our people on unconscious bias,” Schultz, Starbucks’ co-founder and executive chairman, told CBS This Morning.

He joined CEO Kevin Johnson and other executives for a meeting with Philadelphia clergy and community leaders later in the day.

Schultz’s appearance on Wednesday marked his return to the limelight after stepping down as CEO last year. Daily management has been left to Johnson, who lacks his predecessor’s experience with social issues and damage control. 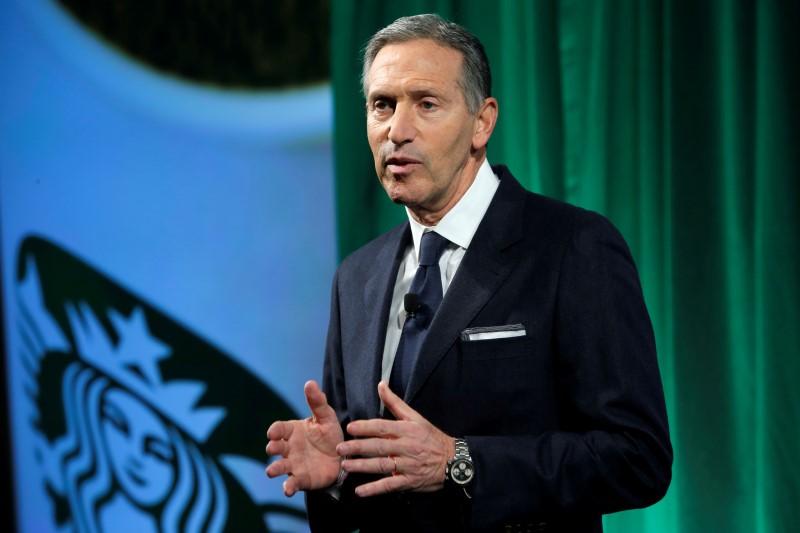 “Howard always comes back when they’re in trouble,” said Robert Passikoff, president of consultancy Brand Keys, referring to Schultz’s 2008 return as CEO during the financial crisis.

Starbucks, which prides itself on diversity and inclusiveness, is at the center of a social media storm prompted by a Philadelphia cafe manager’s decision to call police on the two men, who had not made a purchase and were waiting on a friend. They were released without charges.

Video of the Philadelphia arrests spawned protests and calls for boycotts at the chain whose U.S. traffic has flattened in recent years because of intense competition.