Starbucks to close 8,000 U.S. stores for one afternoon for racial-bias training

(Reuters) - Starbucks Corp (SBUX.O) will close 8,000 company-owned U.S. cafes for the afternoon on May 29 to train nearly 175,000 on how to prevent racial discrimination in its stores.

Starbucks’ roughly 6,000 licensed cafes will remain open. Starbucks said it would make training materials available to the employees of those stores, who are employed by the grocery stores or airports where they are located.

The announcement from world’s biggest coffee company comes as it tries to cool tensions after the arrest of two black men at one of its Philadelphia cafes last week sparked accusations of racial profiling at the chain.

Protesters have called for a boycott of the company, in what has become the biggest public relations test yet for Chief Executive Kevin Johnson.

Johnson, a former technology executive, took the helm about a year ago and was already fighting to boost traffic to Starbucks amid intense competition from coffee sellers ranging from hipster cafes to fast-food chains and convenience stores.

The afternoon hours are the slowest time for Starbucks’ business. Nevertheless, the closure of 8,000 stores and its corporate offices for an afternoon will almost certainly have an impact on sales. Starbucks did not say how many hours the stores would be shuttered on May 29. 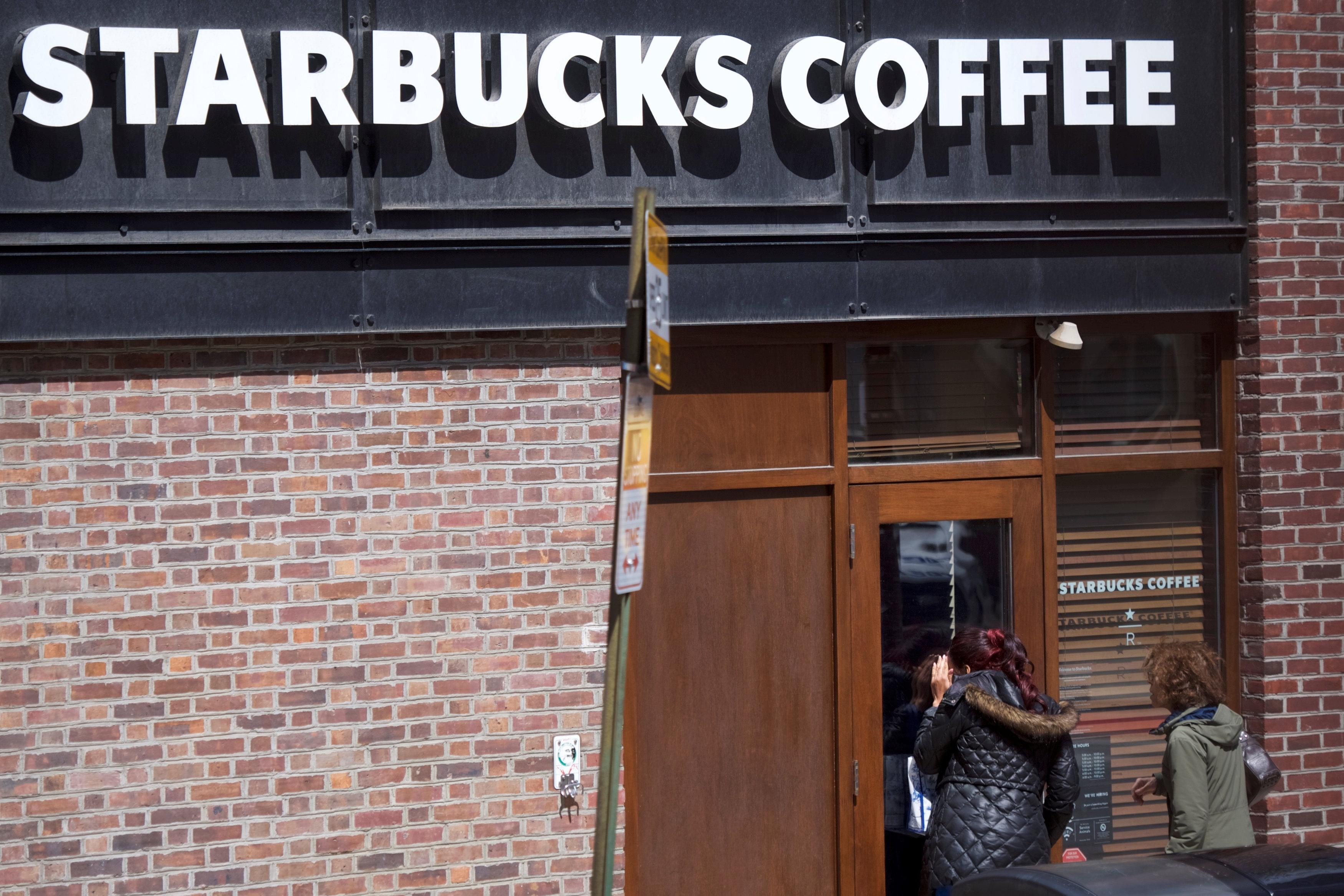 “While this is not limited to Starbucks, we’re committed to being a part of the solution,” said Johnson, who has apologized for the “reprehensible” arrests of the two men and taken responsibility for the incident.

Attorneys for the company said Johnson and the two men involved have “engaged in constructive discussions about this issue as well as what is happening in communities across the country.”

While Starbucks has deftly navigated thorny issues such as gay marriage, gun